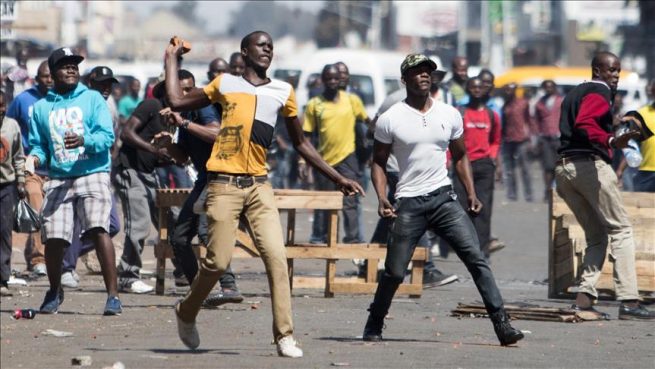 Speaking in an exclusive interview to be aired on Alpha Media Holdings (AMH)’s Heart and Soul TV on Tuesday, Sikhala said the economic turmoil and deteriorating social and political space in Zimbabwe could not be allowed to continue.

AMH are publishers of NewsDay, Zimbabwe Independent, The Standard in addition to an online radio/television station, Heart and Soul Television.

“I will not rest until justice and a people’s government is put in place. I will never rest until Zanu PF is extinguished from the face of the earth,” said Sikhala who was last week acquitted on a treason charge by a Masvingo High Court judge.

“These have been evil people, evil men and women who have been presiding over the people of Zimbabwe. Zimbabweans have lost hundreds of thousands of people through murder by the people who are in Zanu PF,” Sikhala said.

“Zanu PF has killed so many people in our country, we cannot allow this regime to continue existing anymore. This is a regime where I call upon every Zimbabwean of normal circumstances to join us in fighting,” he said.

“Why are people still limping today after being tortured just for opposing? It is better to die demonstrating than being killed while sitting at home. Even if that body is mine, so be it,” the tough-talking Sikhala said.

He said the decision on which course of action to apply on Mnangagwa should be collective, but he would not hesitate to call the people of Zimbabwe to act.

“I am operating within the confines of an organisation. I cannot be just a one-man band, so decisions have to be taken collectively, but if I think that my own political thinking on how to deal with the situation is continually being derailed, I will not hesitate to call the people of Zimbabwe into action and I know they will respond and I am serious on this.”

“I am going to call the people of Zimbabwe if I see that they are unnecessary dilatory tactics not to deal with this situation decisively within a short period. Zimbabweans cannot afford a Zanu PF government anymore, people are suffering, children are not able to go to school, and parents are struggling to feed their children,” Sikhala said.

“There is no struggle anywhere else in the world where you fight against a dictator where there has been no bloodbath. How many people have been killed by this regime from 1980 to present not because they were demonstrating but only because they were opposed to the government? Why were more than 20 000 people killed during the period of Gukurahundi? Where those people demonstrating in the streets? Why were people who voted against (the late former President) Robert Mugabe in the year 2008 killed?