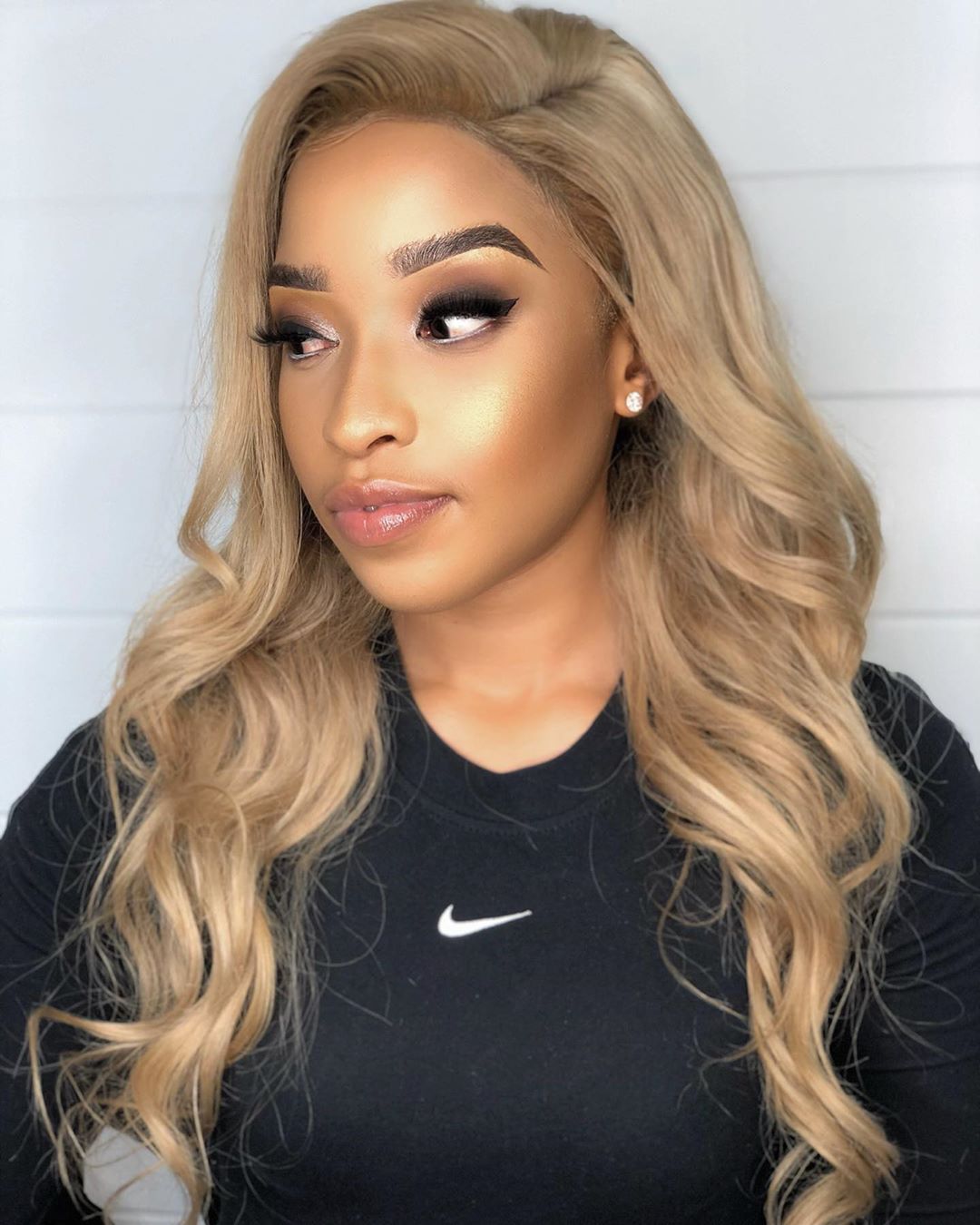 The name Cindy Mahlangu has been making waves over the last couple of months. From her first Netflix gig as Zama Bolton and in the popular series Blood & Water to her character on The Queen Mzansi as Siyanda – the rising star is doing the most.
On The Queen, Siyanda recently got a miscarriage after experiencing a great deal of stress. Shortly after, her baby daddy, Loyiso Macdonald’s Kagiso, made her wish come true by asking her to marry him and she gladly said yes. However, she has not told Kagiso about what happened because she’s afraid he’ll leave if he finds out that she is no longer pregnant.

At this moment her character is caught between getting the life she’s always wanted while trying to fall pregnant again before Kagiso and her in-laws find out. But, coming out clean doesn’t look like an option for her as she could lose everything.
Get to know the woman behind the character Siyanda. Check out five interesting facts about actress Cindy Mahlangu below:

1. Cindy is Very Shy
Believe it or not but Cindy is very shy and reserved in person. She is nothing like her onscreen characters – she just portrays them well.

2. She’s a Scorpio
Cindy is much younger than most people think. She is only 23-years-old. Mahlangu was born on November 21st 1996 in Mpumalanga.

3. Education
Mahlangu is a qualified accountant.

4. Modelling Career
When she’s not entertaining us on our television screens she models part-time.