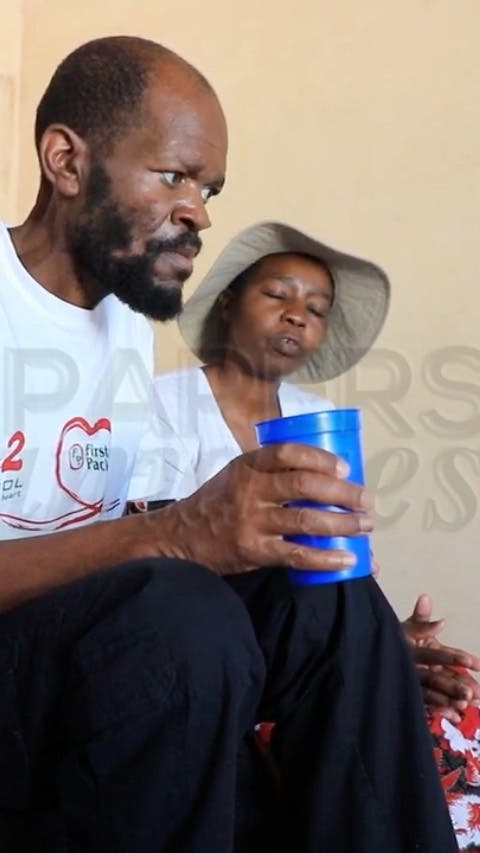 Everything has not been well in the late actor Lazarus (Gringo) Boora’s family since he died last month, leaving four women who were in his life — three he had divorced and the one he was staying with.

Gringo’s last movie was named “Gringo the Troublemaker”, and true to the title, trouble is indeed brewing in the late actor’s family

Well, the new real life script taking place at the moment is the drama of accusations and counter-accusations among family members, with the main goal being to take over the property left by Gringo, although not much, according to insiders.

It’s now a month since Gringo passed on after succumbing to stomach cancer.

He was survived by seven children and the wife he was staying with.

Today, as per tradition, a memorial service which will be crucial in the distribution of the property left by Gringo, will be held at the family homestead in Nyazura.

If you believe Netsai Meki, the wife Gringo was staying with at the time of his death, then all has not been rosy in the family.

With tears running down her cheeks during an interview, Meki said her story was that of trouble since the death of her husband.

She wants to use the opportunity at today’s memorial gathering to seek peace and closure over the family squabbles which have been going on since Gringo’s death.

Meki is fighting with other family members, including Gringo’s first son Taurai, over some of the properties left by the comedian, including a car and a mobile phone which he was using as his EcoCash service.

“To be frank with you, the dispute started the day after my husband died,” said Meki.

“It started with some family members who were now avoiding me, hiding me from the press and other well-wishers, maybe they thought since I was grieving I would end up opening a can of worms.

“If you recall well, I was with Gringo until the time of his death. His son took over the funeral proceedings at Zimre Park. I have no problem with that, but it seems I was left out of the decision making process.”

Meki said during the funeral process, Taurai and others demanded she pay $180 transport fares for Gringo’s friends and family.

“I was seated by the corner and they sent someone telling me that they hired a commuter omnibus with people from Tafara and Mabvuku who had come to the funeral,” she said.

“They said the driver wanted his payment. They instructed me to pay using EcoCash from Gringo’s mobile phone. During that time, I did not know where the mobile phone was, but they kept insisting, without showing respect.”

Meki said it seemed the family members wanted her out of the house.

“I think today everything will be sorted at the memorial service since that is where Gringo’s estate will be shared,” she said.

“I had no one to talk to, some of the well-wishers who used to guide and assist us were told to bug off. They said everything should pass through Taurai. I am willing to go the legal route to settle the scores.”

Meki says she has never met Gringo’s other three wives, but was at peace with them and her mother-in-law and sisters-in-law.

“I met Gringo in 2006 and by then he had divorced his other wives,” she said.

“We did not hurriedly have children because I wanted to see if he was loyal and true to his word. By that time he had issues with his other wives, so I wanted him to fix that first.

“We had our first born Lazarus Takudzwa in 2012. We had another baby in 2013, but he died. In 2016, we had a baby girl named Tabeth and the last born Tanyaradzwa who was born last year.”

Meki said she wondered why Gringo’s family members were of the view that she was after his property.

“So, the other family members think I am after his property. I met Gringo and he had nothing, we struggled together. He bought his own car, a Mazda 626, which he gladly gave to his son Taurai while he still alive. Now I hear Taurai wants to sell the car because he wants Gringo’s Isuzu KB 250.”

Meki said what the family did not know was that the Isuzu KB 250 was not Gringo’s car.

“The family members, including Taurai, think Gringo had several cars,” she said. “The Isuzu KB 250 they want does not belong to him. The car is in his boss’ name. He acquired it at work and had negotiations with his former boss at AB Petroleum, where he worked then, as they could not pay him monthly.

“So, he was given half his salary and was the car to use for hiring services to get his money back. I do not know what will happen after today, maybe the owner will come and take his car or give it to us for good.

“But I am not letting that car go to Taurai because that is what I want to use for his children. They need school fees and food.”

Meki said other family members were after her husband’s mobile phone.

“Every day I am just reminded about the mobile phone as they want me to surrender it,” she said.

“They always ask how much was in the EcoCash account since that is where most well-wishers were sending some money.

“They even blocked Sekuru Banda’s plan of building a house for Gringo’s family.”

Asked if Gringo had written a will, Meki said he had never thought of that, but always cared for his children, but could sometimes speak of his wishes.

“About the mobile phone in question, he said it should be given to his son Takudzwa Lazarus since he has the same name with him,” she said.

“Some of the stuff he donated and gave away while he was still alive.

“Aunt Vivian who spoke ill about Gringo to the ZBCTV is also part of the family members who do not respect and recognise me as the legitimate wife of Gringo.”

Meki confirmed that the nieces who used to stay at Gringo’s place were chased away and told to abandon the house.

“I came here in Rusape early to prepare for the memorial service,” she said.

“The nieces who stayed with Gringo were told to leave the house soon after the funeral. I then looked for a young boy to look after the house.”

Contacted for comment, Taurai disowned what Meki said she was experiencing.

“I am in good books with my mainini,” he said.

“I am shocked she is saying I am demanding a lot and causing havoc in the family. That is all I can say.”

A close source in the family revealed that there was division among the family members.

“Some do not want Meki to get a share of Gringo’s little wealth,” said the source.

“Taurai is being used by other children and their mothers. He is only the mouth-piece. Let us wait and see what happens today and who gets what, but it is an interesting story.”-Herald

Apply for a Home Loan in 6 Steps