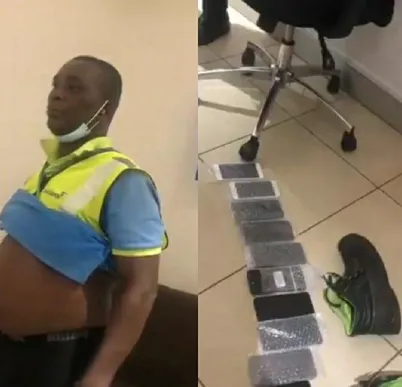 An alleged immigration official has been arrested, for stealing passengers items from their luggage.

The official was nabbed at the arrival hall and the luggage receiving center, with stolen phones from passengers.

In the now-viral video, the official was seen bringing out the stolen phones from his trouser and shoe, where he had kept them to avoid being noticed.

Mwonzora Confident Of Victory Ahead Of MDC-T Congress