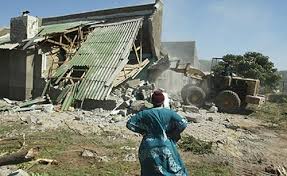 Gweru City Council has introduced a new tariff schedule for this year which will see residents parting ways with huge amounts of money for erecting illegal structures and or houses without approved plans.

The move has been criticised by Gweru Residents Forum director Charles Mazorodze who said the local government authority hiked tariffs without consulting residents. Reads the schedule in part:

The schedule also indicated that construction of houses in high-density areas without council inspection now attracts a fine of $3 547 from $150; medium-density $4 730 from $200 and low-density, $5 912 from $250 while developing commercial stands without municipal inspection will attract a penalty of $17 736 from $750.

The local council’s mayor, Josiah Makombe, said the tariffs were in line with the prevailing market forces adding that the tariff regime also changed mainly due to the existing macroeconomic environment, which is hyperinflationary.