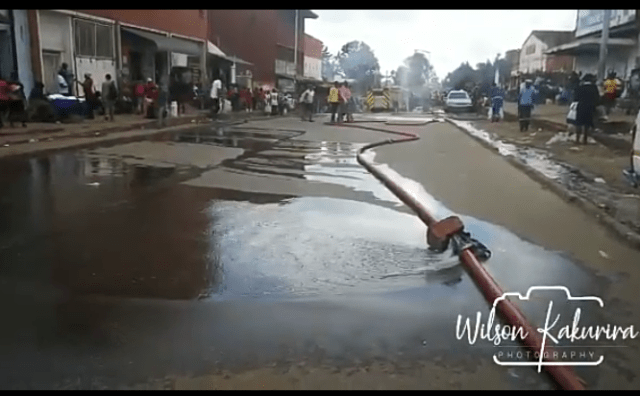 The city of Harare’s Fire Brigade service recently came under fire for failing to put out a fire which broke out in the city recently.

While in some cases the fire brigade crew usually arrives with barely enough water to get the job done, this time they had the water in full capacity but a malfunctioning hose stalled the fire extinguishing process.

The long hoses had serious leakages which resulted in very little water being distributed to douse the flames.

Puddles of water could be seen forming from the leaking hose as the precious liquid gushed out onto the dirt.

Harare’s “Fire Brigade” came under fire for failing to put out a fire in the city recently.
**In some cases, Fire engines arrive without water.
**This one arrived with water but liquid barely reached ‘destination’ due to its hose
@WilsonKakurira pic.twitter.com/91t3V1CXwW