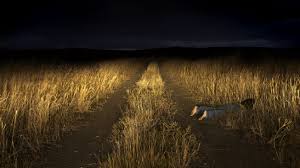 An elderly woman from Serima in Chatsworth, Gutu District, Masvingo Province, died on Monday after she was bitten by a Black Mamba snake.

Martha Muzira (75) from Matoto village under chief Serima in Chatsworth died on the spot after she was bitten on her hand and forehead by the venomous reptile.

Provincial police spokesperson, Chief Inspector Charity Mazula said that Muzira was alone at her homestead when the incident occurred.

Mazula revealed that Muzira was selecting some beans in her granary when she was was struck by the snake.

Though she managed to kill the snake, she succumbed to the Black Mamba’s venom before she could get any assistance.

Muzira’s neighbour, Ronika Chihota, (70), who rushed to the scene found her still alive but losing consciousness.