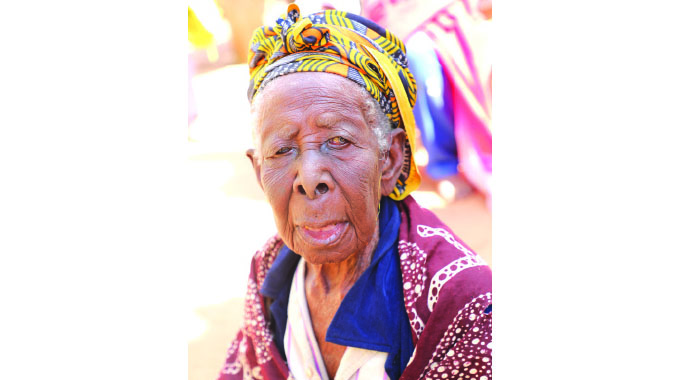 A NYANGA centenarian who recently confessed to bewitching and killing more than 10 family members in a decade on Monday finally visited a nearby hill to surrender her witchcraft paraphernalia.

Gogo Nyakwangwa, who can no longer stand by herself, said she has been killing her family members as vengeance for the livestock that was taken away from her by her siblings more than five decades ago.

In a telephone interview on Tuesday, a relieved Johannes said the process took less than five hours to complete.

He revealed that his mother retrieved a horn and a male-like private organ from the ground, which were then burnt outside Acting Chief Victor Saunyama’s traditional courts on Monday evening.

“As her only son, I am relieved that she finally decided to surrender her paraphernalia. It was painful losing loved ones at such short intervals. We really hope that the storm is over now. Gogo had told us that once we burn the things, we will be safe. Several tsikamutandas came and failed to solve this,” said Johannes.

Acting Chief Saunyama confirmed the development and said this might bring closure to the family’s sad chapter of misfortunes.

“The Nyakwangwas were suffering. At least she decided to dispose of the paraphernalia before dying,” said Chief Saunyama.

But there is one more outstanding demand.

Gogo Nyakwangwa wants some cattle as compensation for her seized livestock and the Nyakwangwas are expected to hand over four beasts to her anytime this week.

She has vowed to continue causing distress in the Nyakwangwa family if her demands are not met.

US$5K Reward For Information On 11.6Kgs Of Gold Robbers