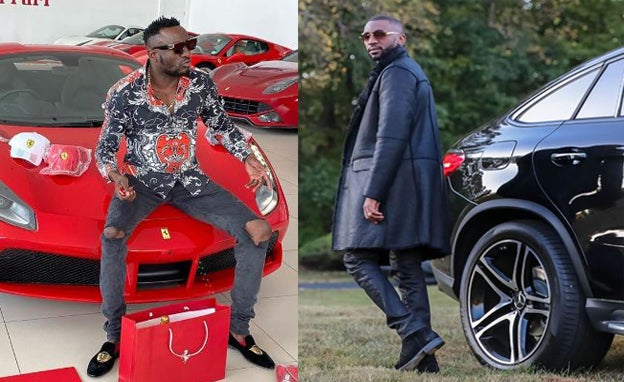 Ginimbi exposes Prophet Passion Java accuses him of renting expensive cars. In a recent video making rounds on social media, the businessman who is affectionately known by his fans and associates as Ginimbi took a swipe at the man of cloth and claimed that most of the expensive luxury cars he claims to own are rented.

Controversial businessman Genious Kadungure has sensationally claimed that flamboyant US-based preacher prophet Passion Java does not own most of the expensive vehicles he flaunts on social media.

Ginimbi made the remarks whilst showing off some of the unique features of his Bently Continental sports car which he recently imported from South Africa.

Ironically, Ginimbi was recently released from remand prison after having been arrested for allegedly undervaluing some of his luxury vehicles which he imported from South Africa. Ginimbi is accused of defrauding the Zimbabwe Revenue Authority (ZIMRA) after ‘manufacturing’ receipts for his recently acquired luxury vehicles, the Bently Continental and Ferrari 488 Spider convertible supercar.

However, this is not the first time the pair have hogged headlines after one of them spoke ill of the other. Prophet passion set tongues wagging on social media last year when he indirectly fired shots at Ginimbi after lashing out at one of his followers for comparing his flashy lifestyle to Ginimbi’s.