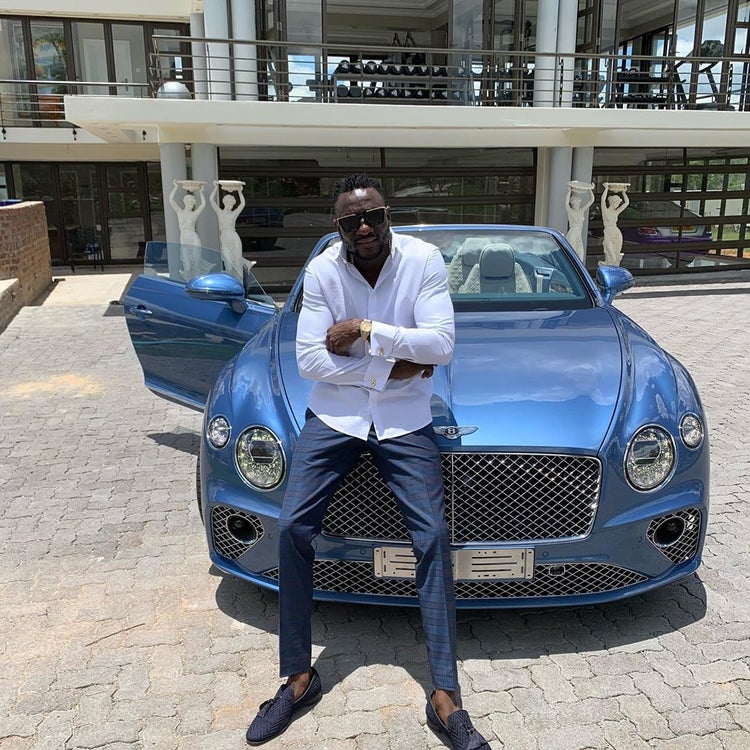 Ginimbi embarrassed at the Nama Awards. Flamboyant businessman and socialite, Genius “Ginimbi” Kadungure endured a torrid time after he was barred by security from entering the National Arts Merit Awards (Nama)’s VVIP section on Saturday only to be rescued by the National Arts Council of Zimbabwe (NACZ) director Nicholas Moyo.

Ginimbi, who had endured a tough month that saw him being arrested twice for tax evasion and losing his mother recently, may have needed a time out to relax at the glamorous awards ceremony, but that was not without frustration.

The VVIP section is where dignitaries, among them guest of honour Youth, Sport, Arts and Recreation minister Kirsty Coventry and Moyo were seated as they followed proceedings of the country’s premier awards ceremony at the Harare International Conference Centre.

Dressed in a pair of jeans, Ginimbi arrived in the company of two men and a lady, but as they were about to walk into the VVIP section, they were denied entry by the security amid claims that the area was fully occupied.

The bullish Ginimbi and his crew resisted the security orders and had to endure about 20 minutes of waiting at the section’s entrance only to gain access amid reports of Moyo’s intervention.

Malaysia-based arts promoter Taona “TeeMak” Chipunza was also similarly embarrassed but unlike Ginimbi, he complied without much drama and sat in the VIP section.

Meanwhile, true to their promise, the new organisers of the Nama awards, Jacaranda Culture and Media Corporation (JCMC) staged an exceptional show full of glitz and glamour.

JCMC signed a five-year deal with the arts mother body to organise the Namas and they did not disappoint on their first assignment.

As a way of endorsement, arts observers have validated the event which they described as well organised unlike previous editions and even the selection of the winners did not raise much questions as has been the case of late.

Alpha Media Holdings the publishers of NewsDay, Zimbabwe Independent, Southern Eye and The Standard shone at the awards as NewsDay correspondent Tafadzwa Kachiko emerged winner in the Outstanding Journalist of the Year (Print) category.

On the music side, rapper T-Gonzi and Ishan of the Kure fame emerged as the biggest winners of the night, scooping two gongs apiece as Outstanding Male Musician of the Year and Outstanding Newcomer of the Year respectively.

The duo was again back on the podium for another gong for their duet, Kure which was voted Outstanding Song of the Year ahead of Ngaibake by Alick Macheso and Freeman, Mugarden by Winky D and Gemma Griffiths and Mweya Ndisesekedze by Mambo Dhuterere.

The dancehall “president” Winky D proved again to be the people’s favourite as he was voted for the People’s Choice gong. As a value addition to just a gong and a certificate in recent years, the awards winners will this year smile all the way to the bank with $10 000 after corporate support was secured.

The 19th edition of the awards, held under the theme, Taking It Back To The People, was hosted by South Africa-based Zimbabwean actor, television personality and voice artist Leroy Gopal along with actress Mbo Mahocs.

In her pre-recorded speech, Coventry saluted the creatives for their dedication to the growth of the sector.

“I am extremely proud that the sector, the creative culture industry is adding 6,96% to our Gross Domestic Product as a country and that is just the beginning,” she said. In an interview with NewsDay Life & Style on the sidelines of the event, JCMC founder Steve Zhao said their vision for Nama awards was for it to catch up with world standards.

“For the journey of Nama this is the new beginning, let’s take off from this start. Zimbabwe arts and culture have a very active life and the country has the potential that just need to be supported,” he said.

Tinashe Wins Award At The Grammys