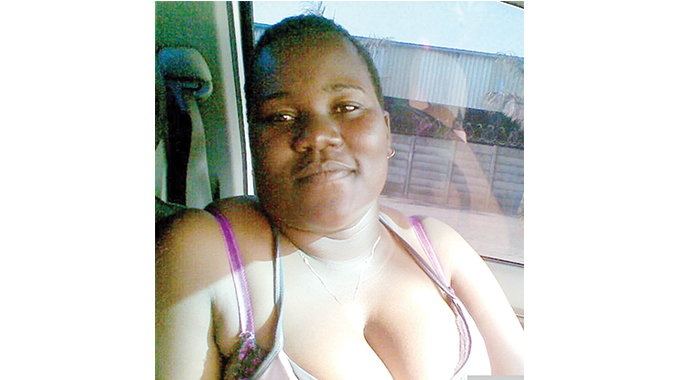 A Beitbridge woman, Khathutshelo Moyo, suspected of teaming up with two other men who are still at large to kill her husband Langton Ribombo was killed in a road accident over the weekend.

Moyo was buried at Lutumba yesterday.

She is alleged to have skipped the border with two accomplices and had been hiding in Malale, Limpopo Province before she met her death.

Moyo reportedly died in a car crash on Saturday while evading arrest as she sought to relocate to Thohoyandou, again in Limpopo Province.

One of the accomplices is reported to be admitted to a South African hospital.

It is alleged that Moyo and crew killed Ribombo two weeks ago at Mapolovhele Village, 18km north of Beitbridge town, after which the suspects carried and dumped his half-n_ked body in a bush, about 8km along the Beitbridge-Masvingo Highway.

They are further accused of gouging his right eye, removing his tongue and lower lips, before escaping to South Africa.

One of the suspects, Admire Ndou of Mapili area in Beitbridge West, is alleged to have driven the unregistered Honda Fit vehicle carrying Ribombo’s body, before dumping it and fleeing to South Africa.

The motive behind the murder remains unknown.

The mutilated remains have since been buried at Mugwazhuli Village some 25km along the Beitbridge-Masvingo Highway.

Officer Commanding Beitbridge District, Chief Superintendent Tichaona Nyongo, said further investigations were underway to establish if the remains repatriated from South Africa were of the woman they were looking for.

“At this stage we are conducting intensive verification to establish if the remains that were interred at Lutumba are indeed those of the woman we were looking for in connection with a recent murder case.

“However, indications are that she was involved in a fatal road accident in South Africa on 30 May and we intercepted the body during repatriation at the border.

“We had information that there was not going to be body viewing at her funeral wake, hence we took pictures and fingerprints for further verification,” he said.

Chief Superintendent Nyongo confirmed the arrest of Ndou, adding that they were pursuing two more men believed to be part of the assailants.

He could not disclose the suspects’ names to avoid jeopardising investigations.

Ndou was arrested after detectives located the owner of the vehicle used to carry the body of Ribombo from Mapolovhele to Mapayi turn-off, where it was spotted by another motorist who alerted the police.

He has since appeared before Beitbridge Resident Magistrate, Mr Toyindepi Zhou, and was remanded in custody to June 8.

When I was Broke, I stayed at my ex-Girlfriend’s place || Prince Kaybee opens up…