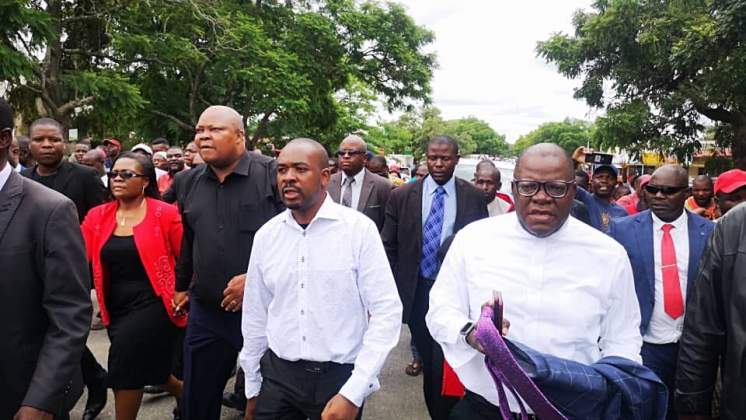 Nelson Chamisa will not be pressured into dumping the MDC Alliance brand, its slogans and other assets for a new party, after the beleaguered opposition’s most powerful body outside the Congress, the National Council on Wednesday defied a humiliating High Court ruling discrediting its political party status, and boldly declared that they were ‘a duly constituted political party and a legal persona’.

We validly contested the 2018 election and fielded a presidential candidate, parliamentary candidates and local authority candidates in line with provisions of our Constitution and the law of Zimbabwe,” the National Council said through newly appointed party publicist, Fadzayi Mahere.

This comes hard on the heels of a recent controversial ruling by High Court judge Justice Tawanda Chitapi who debased the party to a mere grouping of like-minded political personalities who only coalesced for purposes of participating in the last elections. In his ruling, Justice Chitapi said the Chamisa-fronted political establishment was neither a political party nor legal persona and that it could not sue, or be sued.

Last Friday’s ruling was handed after the MDC Alliance had approached the courts challenging the recalling of its four legislators at the behest of reinstated MDC Secretary General, Douglas Mwonzora of the rival Thokozani Khupe camp.

Amid the mounting legal woes, some sections of the opposition had suggested that Chamisa gives up on the MDC Alliance brand, including its symbolic MRT (formerly Harvest) House headquarters in central Harare and form another party, with a new name, party symbols and colours.

But the ‘party’ on Tuesday insisted that it was not going to fold and warned that ‘no individual or quasi-political formation has the right to reverse the will of the people’.
The party has also given its under-fire legislators the green light to attend parliament after an initial resolution to boycott parly business in protest of the dismissed quartet had seriously divided the main opposition.

This is what RBZ auction forex auction trading system means