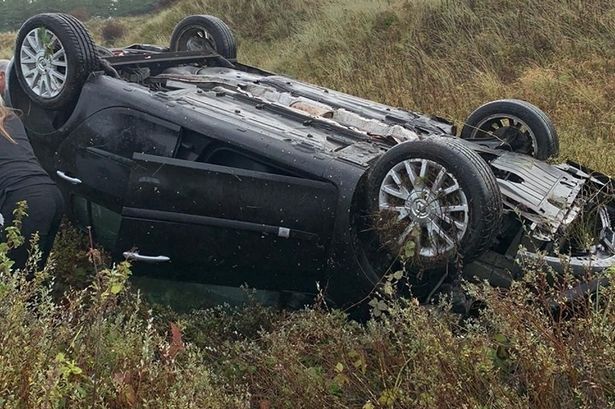 Four people tragically lost their lives and nine others were injured when a vehicle they were traveling on was involved in a road accident on Thursday afternoon along the Siabuzuba-Siabuwa Road.

The Zimbabwe Republic Police (ZRP) said the driver of an Isuzu single cab truck with 12 passengers on board, lost control of the car causing it to veer off the road, overturn and land on its roof. ZRP said in a statement:

The ZRP reports a fatal road traffic accident that occurred along the Siabuzuba-Siabuwa Road on 15/09/22 at around 1600 hours.

Four people died while nine others were injured, after a motorist who was driving an Isuzu single cab truck with 12 passengers on board, lost control of the car before it overturned and landed on its roof.

Police said they will announce the names of the victims after the identification process is completed.

In an unrelated but tragic incident, police said one Wellington Mwenyendana (a male adult) died after he was hit by a landslide while digging an anthill for molding farm bricks at Eyecourt Farm, Waterfalls, Harare around 9 AM on Tuesday.

In yet another sad incident, a 74-year-old man died on the spot after he was engulfed by a fire whilst clearing the field on Monday at Lochard Village 05, Insiza, police have said.

Hwindi Punches Man To Death During Dispute Over ZWL$350