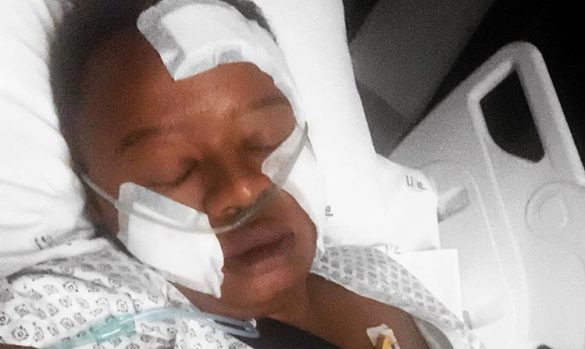 Ex-Uzalo actress Nokuthula Mabika has spoken out for the first time on the car accident which left an 18-year-old Sanele Maphalala permanently paralyzed and mentally disturbed. She spoke to Isolezwe about the ordeal and explained that she has been fearful for her life as vile threats have been made towards her. She also said that she wanted to speak out to set the record straight as her name has been dragged through the mud for the longest time since August last year.

Mabika has shared her side of the story and corrected some of the misleading information that has been spread. She also acknowledged that the case was dropped because authorities can see that she was not in the wrong.

The actress says she is aware of what is being said about her in the papers and on social media but she chose to remain silent in order to maintain peace. She refuted claims that she was drunk at the time of the accident.

“At the time of the accident I was returning from Pinetown to fetch my car from service. The road was very wide and it was around 6 PM. I don’t know how BMW would give me my car when they can see that I am supposedly drunk,” she said to the publication.

Nokuthula revealed that she found out the boy was on drugs from his friends however she kept quiet about that information, especially from his family. She spoke to Sanele’s friends who admitted that they were high on Zanex cough mixture in order to get high.-News365