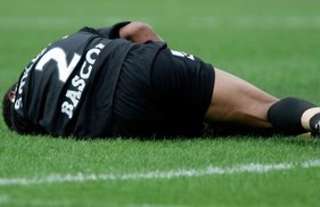 An amateur footballer in France has handed a five-year ban from all football-related activities after biting the pen!s of an opponent.

According to a report by the Daily Mail, the attack occurred on November 17 after the 1-1 draw between Terville and Soetrich in north-east France, with the victim requiring 10 stitches.

A player from either side started a fight in the car park, and when a second member of the Terville squad stepped in to break things up, the Soetrich player bit the peacemaker.

The victim was also suspended for six months for his role in the fight.

The two clubs play in the 2eme Division Groupe A and are scheduled to meet again on May 17.

In-Laws Gangs Up Against Gingo’s Wife