Fake Tocky Vibes dad exposed. Tocky vibes have rubbished claims by a Glendale man that he is his father. Born John Vashico, the self-confessed HIV positive grandpa, has become the talk of the farming community in Glendale and surrounding farms for his miserable lifestyle amid claims that he is Tocky’s father.

Known for hopping from place to place, begging for leftovers in homes, funerals and
even public places, Vashico is in serious need of help even psychological help, if Tocky’s
story is anything to go by. H-Metro took time to sit down with the old man to hear the story that he has preached as gospel truth to the whole of Glendale. He claimed to have fathered 10 other children beside Tocky and also confessed to
neglecting them.

In an EXCLUSIVE interview with H-Metro at his compound at Fox Farm, which is on the
verge of decimation following the encroaching of East-view suburb, Vashico said misery
was now his middle name. “I have been living in poverty for the greater part of my life despite being blessed with n biological children who are living large.

“Some are in Harare, Mazowe, and Chitungwiza, but they are no longer care for me. “I
know I neglected them at some point, but I’m really sorry for what happened,” he said.
Asked how he was surviving, the frail-looking Vashico said: “I move around collecting
leftovers at funerals, homes and public places like bars and even at the bus terminus in
bins.

“I sell some of the leftovers like sadza to those breeding pigs for ZWL10 a bucket. “If I
get nice stuff from the leftovers, I also eat some for survival. “I have been leading this
life for a while and when I heard that you were coming here, I said ‘the Lord has heard
my prayers but to be honest, it’s not easy for an old man with 11 children and of course,
several grandchildren to be leading such a shameful life.” 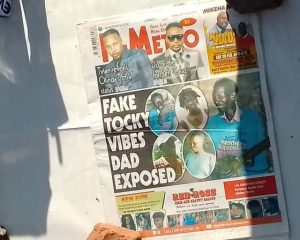 Asked why he neglected his children, he blamed it on cultural beliefs which give mothers
full control of the children. “Originally, I am from Malawi and full responsibility of children used to be given to mothers.

‘We were only there to give them children and provide here and there, but things have
changed now. “During our time when we were very religious, we used to take some of
the beliefs seriously, but it’s no longer the same as compared to the old days when the
culture was still culture,” he said.

He, however, said he was ready to make up with his children and lead a normal life since
he was been reduced to a pauper.

BROKEN FAMILY
Vashico said his marital woes started when he lost his first wife, Rosemary Tom, which
saw him resorting to alcohol abuse to ease stress. “I broke up with my first wife
Rosemary Toro years back.

I went on to marry other women like Lenia Mwale and now I am staying with another
woman called Junior Miti. “We don’t have children with the current woman I stay with
since she can’t conceive. We are just staying together and we don’t have children. “It’s unfortunate she could not be here when you came. She has gone to the shops. As for my broken family, I am just begging for forgiveness.”

ILLNESS
The self-confessed HIV positive man suspects his condition could be worsening as he is
developing a lump dose to his manhood. “I have been taking my ARVs religiously and I
make sure that when they are running out, I go and queue for more with others at the
local clinic. 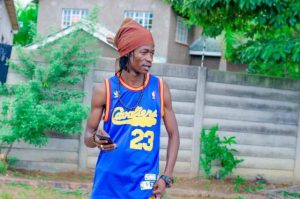 “As you know, people on ARVs require nutritious diets and I do appeal to people to help
us if they can. “Today I am happy because I managed to buy 5kg of mealie meal from menial jobs proceeds, but it is not enough to sustain me. “I would be happy if I can get a proper diet and I think one of my children will be able to buy me something delicious after reading this story.”

TOCKY FEUD
On his alleged feud with Tocky Vibes, Vashico said it was expected of the chanter to hate
him, but he now wants peace. He seemed convinced that the Zim dancehall star is his
own flesh and blood despite Tocky having proof that his real father is a truck driver in
South Africa and that his mother is none of the women mentioned by the Glendale man.
“I know Tocky is bound to dislike me because I never stayed with him. I would be lying
to say I stayed with him, but he is my son and I have nothing to prove or hide.
“I hear he is doing well in Harare and I will be happy if he could come here and forgive
me.

In my case, I have forgiven him already and he should also do the same. “I once
attended Tocky Vibes’ show when he came to perform in Bindura, along with Freeman,
but I was shut out. “When I went to his parked car, there were these beautiful fat women there who blocked me. “I then proceeded to the venue, but I was blocked when I was about to see him. “I was close to the stage, but the security blocked me and I came back home emptyhanded.”

Despite the embarrassment, Vashico says he is an avid follower of Tocky’s music. “I
always play his music here using homemade banjos which I keep at home. I was once a
musician and I can sing well. I wish him the best wherever he is and I hope I will meet him one day,” he said.

LIFE SKILLS
Despite wallowing in poverty, Vashico has some life skills which can take him places if
well managed.

“To be honest with you, I am a farmer and traditional healer. I can heal cancer and other
ailments at the compound, but my patients underpay me.
“I can heal STIs, back pains and even cancer, like I said before if people adhere to what
I tell them.

The only problem is that some of the patients don’t want to pay while others don’t return
afterward. “Unlike most sangomas who can punish defaulting patients, I prefer for-giving
them because I know very well that one day or the other they will come back,” he said.

APPEAL
On a parting shot, Vashico said all he wanted at the moment was support. “As you can
see, I am a sick man and I need basics like cooking oil, mealie meal, beans among other
foodstuffs for HIV patients like myself.

“My only fear at the moment is that I might die without uniting my family. “To my kids,
they must also know that I still remain their father despite our differences,” he added.
But it is his claim to be Tocky Vibe’s father that has made him popular in Glendale.
All the facts — albeit minus a DNA test — points to this old man’s claims being a big fat
lie, but he has stuck to his story.