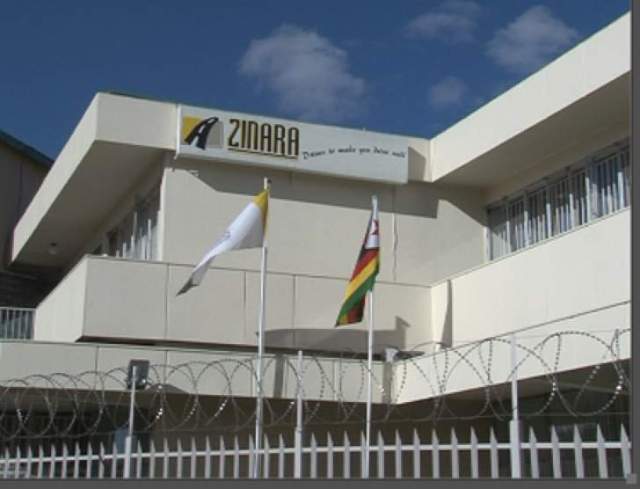 THE Zimbabwe National Roads Administration (Zinara) board chairperson Michael Madanha has on Monday revealed that the institution lost US$39 million through underhand dealings, The Zimmorning Post reveals.

Zinara was prejudiced of the large sum of money through “overpayment of road projects, flouting of tender procedures, payment of incomplete work, cherry-picking of contractors without following due process among a cocktail of irregular activities.”

Madanha made the revelations while giving oral evidence before Parliament’s portfolio committee on Transport and Infrastructural Development.

He said former chief executive Frank Chitukutuku would overpay contractors without going to tender and in some cases pay ghost contracts.

Investigations by the Zim Morning Post reveal that Twalumba Holdings was the major beneficiary and siphoned US$14 million.

Inside sources revealed that the Twalumba founder, late Nkululeko Sibanda registered four companies that would be used as pawns to siphon money from Zinara.

The companies are Eastway, Transistor and Notice, and they would be awarded irregular contracts and most of the jobs were not executed.

As correctly reported by this publication in July 2019, the Zimbabwe Anti -Corruption Commission (ZACC) was keen on investigating on how the institution gave tenders on special projects.

Zacc has in fact referred to the National Prosecuting Authority, a criminal case wherein the late Twalumba Holdings boss Nkululeko Sibanda was jointly accused with Chitukutuku and two others for contravening Section 136 of the Criminal Law (Codification and Reform) Act with actual prejudice of US$4, 7 million.

All these projects were not tendered. The audit also noted that some of the contracted companies did not finish the work and these were subsequently done by the Departments of Roads and ZINARA did not account for the money that had been advanced to these contractors.

Insiders said Bitumen World delivered the job but they were awarded the tender without due process and board approval.

Fremus is owned by Chitukutuku’s church-mates and former cabinet minister Nicholas Goche is alleged to have worked in cahoots with him to bleed the road administrator.

“Some of the deals involve some of the board members and the world is crumbling down and the anti-corruption is currently investigating them and if all goes against them they will be arrested,” said an insider.

Parliament has resolved to approach the companies individually with a view of the recovery of the funds, while dockets will be opened against those who violated the law.