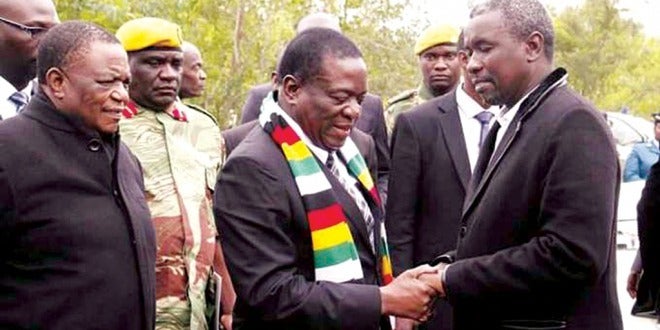 Said Biti, “Cabal’s fresh new ambition is to acquire Econet, failure of which they will dilute the same’s dominance of the local market through the sale of Net One to MTN. Attacks on Econet will be crude and vicious but will fail. The imposter and his children possess an insatiable appetite.”

In 2019 Government announced that it was making a follow up on South African telecoms giants Telkom and MTN’s inquiry into the sale of NetOne by offering a joint package of the mobile network operator and its sister telephone and internet service provider, TelOne.

Finance Minister Mthuli Ncube, told journalists a post-cabinet media that, “We are aware of this (Telkom and MTN interest) but we are saying that government will get better value for money if these are floated together as a package.

“We will approach them, by the way, to let them know, they have a much bigger asset to compete for in the form of the two assets together as opposed to a TelOne or NetOne as was the case before.

“Now that we have got both fixed telephony and mobile telephony in terms of NetOne and TelOne, you would need suitors who can adequately handle those two aspects of telephony.”

Biti also alleged that Tagwirei and Mnangagwa were also plotting to buy ZB Bank and majority shares in NSSA.

“As our attention was diverted, the regime s corruption tentacles were in overdrive in the past week. The Imposter has renewed his efforts to acquire ZB Bank under the cover of Sakunda. Attempts are also being made to acquire NSSA s68% shareholding inFirst Mutual Life by the same cabal.

“In the last 12 months cabal has acquired BNC, 5 ZMDC mines, ZIM ALLOYS, 3 Metallion Gold Mines, a methane gas concession in Hwange, a commercial bank, an airline, buses, and capture of ZUPCO. Zimbabwe Treasury financed some of these deals which makes 2019 Audit Report much anticipated.”