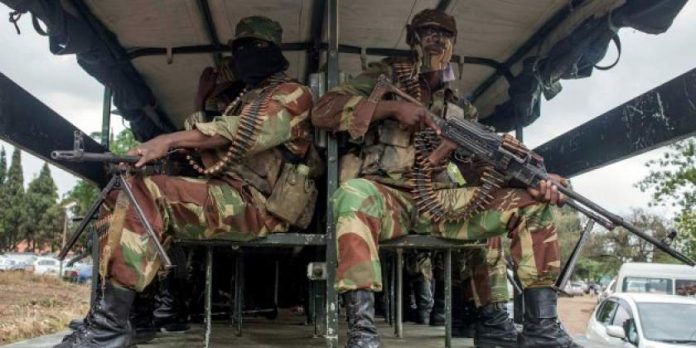 The Republic Zimbabwe is preparing to deploy soldiers to fight an Islamic insurgency in neighboring Mozambique’s Cabo Delgado province, with plans for the deployment already formally underway in the Zimbabwe National Army (ZNA).

The NewsHawks quoted a high-ranking military source saying Zimbabwe Defense House officials are holding meetings regularly to analyze the risks of placing boots on the ground in Mozambique. The official said:

“Meetings are being held on a regular basis and we are most likely to intervene in the war.

What is worrying most is that most Sadc countries are reluctant to send troops to Mozambique, understandably so because they have very little, if anything, to lose from it while we stand to lose the most given how strategic the country is to our own economy.

The other countries can afford to relax, as they are doing, but we cannot afford that luxury.

There are preparations going on and indications are that if things continue to worsen, we will send troops there.”

Mozambique is of huge strategic importance to Zimbabwe, with the Mutare-Beira trade corridor providing Harare with the shortest route to the sea.

Zimbabwe has a history of intervening militarily in Mozambique as its military helped end Mozambique’s 16-year civil war in 1992.

Reports indicate that up to 2 000 people have been killed and about 430 000 have been left homeless in the conflict in the mainly Muslim province since 2017.

The militants, from the Al Sunnah wa Jama’ah (ASWJ), are linked to the Islamic State (IS) group which is fighting to establish a foothold in southern Africa.

Man Arrested For Boxing Cop He Found Bedding His Wife