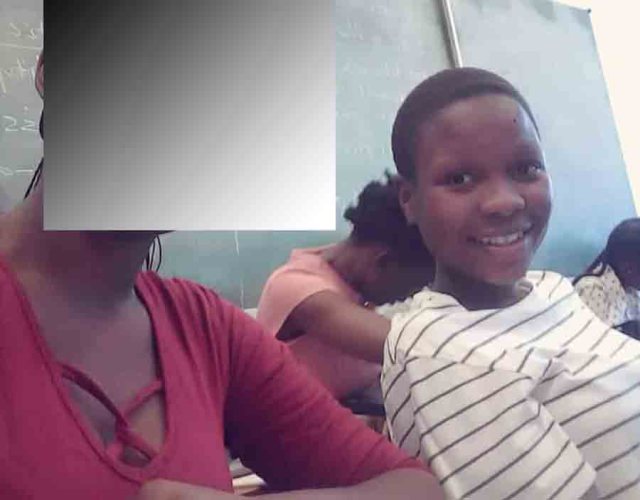 Drama at Nust University as students fight over lecturer in a love-triangle. Reports reaching this publication from the state-media have revealed that second-year Journalism and Media Studies students at the university on Thursday were forced to abandon a lecture after two close friends rumoured to be romantically involved with their lecturer exchanged blows, disrupting the lecture.

There was drama at the National University of Science and Technology (NUST) after two female students erupted into a violent fistfight over their lecturer whom they are both suspected to have been having an affair with.

The students, (names withheld) who are close friends left many of their peers stunned after their skirmish. Although it could not be discovered immediately what caused the fight, the publication got wind of the alleged lecturer student affair.

Some of the students present had a field day over the incident and recorded the incident whilst others intervened to break off the brawl. Meanwhile, their lecturer stood helpless as the ‘catfight’ unfolded. Witnesses who spoke to the publication said:

We just saw the besties erupting into a fight while one of our lecturers was teaching. For a moment, the whole class watched in shock wondering what was really happening. Initially, we just wanted to watch as we thought it was just a minor thing. But the scuffle escalated as they called each other names, pulling each other’s synthetic hair and things got messy as one of them lost part of her braids on the hairline. You know how girls fight, it was just a catfight.

Clearly, you don’t fight with your friend for merely damaging your cellphone. I believe there is more to this because we also heard rumours that they were fighting over a lecturer. We don’t know whether the lecturer is in our department or not. But clearly there is a lecturer involved in this matter,” said the student.

We have received a case where two of our students fought during one of their lectures. It is against the university’s code of ethics to have students fighting. The fact that they were fighting in class makes the case more serious. We will institute investigations into this case on Monday.