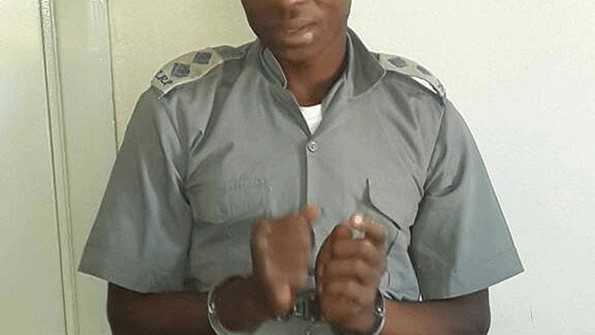 A MUSHUMBI based police officer was arraigned before Guruve resident magistrate Shingirai Mutiro for theft of his colleagues’ wallet from their barrack.

Evans Zimunya (37) pleaded not guilty to the charge and was remanded out of custody to June 10.

Prosecutor Albert Charehwa alleged on May 25 at Zimbabwe Republic Police (ZRP) Mushumbi barracks a cop, Previous Muvhami (30), forgot his wallet containing his identity cards, US$52 and ZW$102 on Zimunya’s bed and proceeded for a night duty at the charge office.

Muvhami remembered that he left his wallet on the suspect’s bed the following day and went to search in the room but could not find it.

Muvhami asked the suspect and another cop Aleck Kawawa to help him search the room but could not locate it.

Around 2 pm the same day Kawawa raised suspicion on Zimunya who frequently moved in and out of the room.

They manhandled him and searched him before finding the wallet stashed in his underwear.

He was arrested and escorted to the charge office for the processing of a docket.