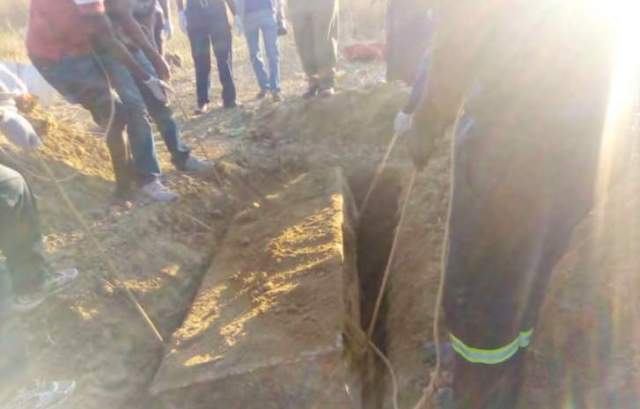 A BINDURA family on Tuesday buried a wrong corpse following a case of mistaken identity.

“I can confirm that we received a report of a mistaken body that was buried in Bindura and paperwork is in progress to exhume the body,” Mundembe said.

There was drama at Bindura cemetery when a family from Nyanga came to claim the body of their deceased relative, Robert Machemedze, who had already been buried after being mistaken for Taurai Batsirai.

Machemedze and Batsirai died in separate road accidents on May 9, and their bodies were taken for post-mortem in Harare and then kept in the mortuary at Sally Mugabe Central Hospital.

Batsirai died in an accident in Harare, while Machemedze also succumbed from injuries sustained in a road accident along the Bindura-Shamva Highway.

But on Monday, Batsirai’s girlfriend, Tariro Sithole, is alleged to have wrongly identified the body of her boyfriend, leading to the burial of the wrong corpse.

Machemedze’s body was eventually exhumed yesterday and taken to Parirenyatwa Group of Hospitals ahead of its reburial on a date yet to be advised.-NewsDay