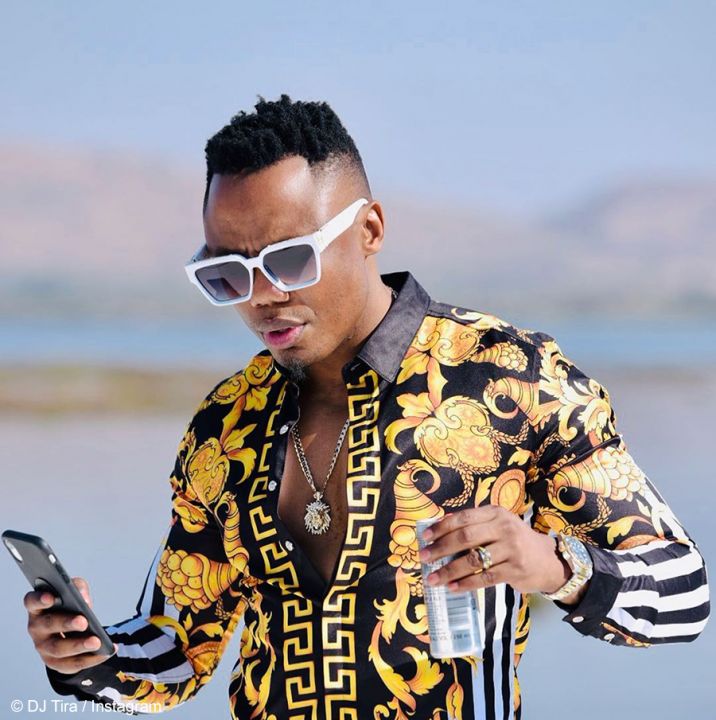 DJ Tira’s wife Gugu Khathi, has come out guns blazing again to put on blast her neighbor O’Neil, who accused her son of being a low life criminal. O’Neil and the Khathi family have been turned into sworn enemies following his fight with Gugu last year.

Just recently O’Neil accused DJ Tira and Naakmusiq, of allegedly breaking the lockdowns regulations by paying each other visits, whilst it is prohibited. In a video posted by Gugu on Instagram, O’Neil said their son Junior Khathi, does not have common sense and said he disregard the law by being on the street.

Junior could be heard responding to him, and saying he is going to buy bread, but O’Neil says he is a low life criminal. Gugu even said O’Neil sprayed his son with water.

“So Benjamin Oneil is still at it enjoying his privileges his kids playing in the street no mask yet – he decides to spray my son with water and then proceeds to insult him. I need you to see this 60-year-old always praying on my 24-year-old son for years now🤬 and the only thing I can teach my son is record it @ifloors_africa (they have just deleted their account) your roodepoort/Weltevreden branch owner is a bloody bully and racist and we are fed up😡 in your uniform he continues this behavior it’s been more than 5 years now WEARE TIRED😤 PLZ LISTEN 👂🏾@runzoneac your member is a racist😤‘, she wrote.

Here Is MDC Alliance’s Next Move.