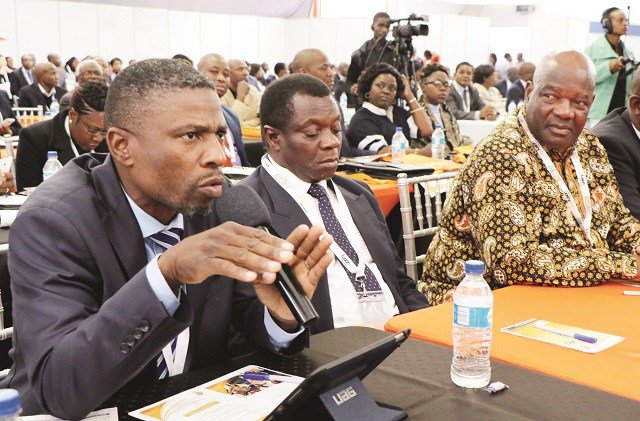 Member of Parliament Dexter Nduna has been dragged to court for illegal mining. The case was postponed to December 4 for trial continuation. Prosecuting, Herald Matura, told the court that on November 12, 2019, Nduna, Chisikwa, Musengi and Gwinji met at ZRP Chegutu district headquarters where they held a meeting and hatched a plan to extract mineral ore from David Whitehead Company waste deposit tanks where there was a pit which had been dug by illegal miners who were prospecting for gold.

In their meeting, the accused people allegedly agreed to look for a JCB to extract the mineral ore and Gwinji opted to approach Chegutu rural district council requesting for the services of a JCB. The court heard that the following day, Nduna, decided to hire a JCB from Yellow Metal Tours Company, Kadoma, of which he paid US$495 through Marufu.

On November 13, at around 7:30am, Chisikwa went to David Whitehead Company waste deposit tanks pit and told police officers who were guarding the site being led by Sergeant William Gwemende that a JCB was coming to backfill the pit.

Chisikwa returned to the police station and while at his office, he phoned Gwemende on his mobile phone and informed him that Nduna, was coming to the site to have an appreciation of the site and was to brief him.

It is said, a few minutes later, Nduna arrived at the site in the company of Musengi and was briefed by Gwemende and he got an appreciation of the pit. He also assured Gwemende that a JCB was coming to backfill the pit.

At 8:30am, a JCB from Yellow Metal Tours Company Kadoma, which was being operated by Stanley Sibanda arrived at the site being led by Marufu.

The JCB operated for about three hours extracting ore and heaping it to the side of the pit and Musengi ordered Marufu to instruct the JCB operator to load mineral ore into vehicles, which had come to the site. While this was happening, Musengi and Gwinji were allegedly trying to convince the illegal miners who had gathered at the site and promised them they were to be arranged in groups for ease of doing business.

ALSO READ: A Mine Shaft Traps 30 Miners In Bindura

As the vehicles were leaving the scene with the loaded ore there was commotion as illegal miners felt duped by the actions of the accused persons, who had earlier on addressed the mob of illegal miners promising them that everyone was going to benefit.

The alleged illegal miners rushed to the site loaded the mineral ore into sacks and vanished away. Nduna, Musengi, Gwinji and Marufu reportedly left the scene during the disorder and went away.

As this was happening the police officers, who were on the site took no action since they had been ordered to take no action by Chisikwa. The JCB developed a mechanical fault and was driven off the site without backfilling the pit.

Evidence can be led from the witness of the prosecution. Admire Rubaya of Rubaya and Chatambudza legal practitioners and Ignatius Murambatsvina of Murambatsvina and partners represented the five accused persons.

Connie Ferguson Mourning The Passing Of Her Brother