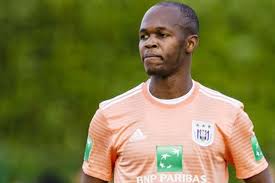 Warriors Captain, Knowledge Musona has reportedly been listed among Anderlecht players who have been informed to look for new clubs.

Since the arrival of Manchester City legend, Vincent Kompany, at the club, Musona has was restricted to just one reserve team appearance for the Belgian giants this season before his January loan switch to KAS Eupen.

At Eupen, Musona scored two goals in six starts before the Belgian top-flight came to a sudden halt due to the coronavirus pandemic.

When the Smiling Assassin, as Musona is affectionately known, joined Eupen on loan in January, the club reportedly expressed interest in offering him a permanent deal.

Musona, a former teammate to Brazilian and Liverpool forward, Roberto Frimino, became one of the leading performers in the Belgian top-flight league during his time at Oostende when he scored 41 goals and made 18 assists in 112 games.

His last two seasons, however, have had frustrating results as he only scored four times in 17 starts across all competitions.