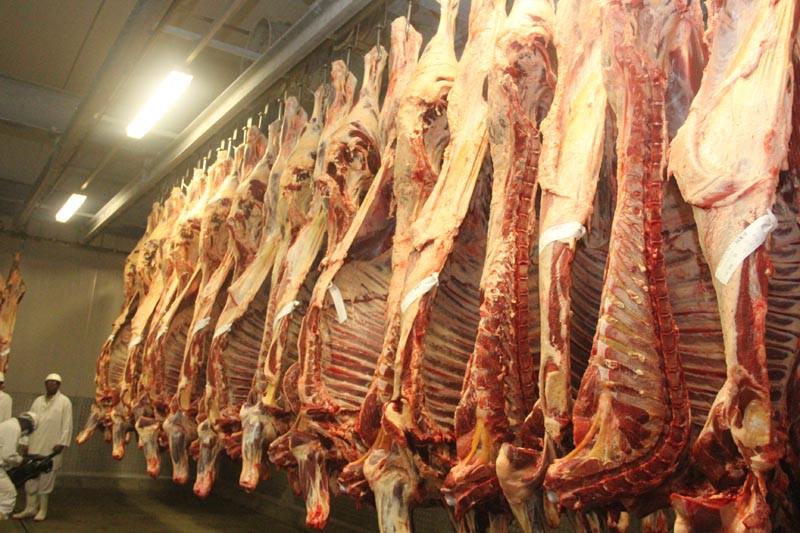 Mr Reginald Shoko, the CSC-Boustead Beef company consultant based in Bulawayo has clarified on reports that workers from the Cold Storage Company (CSC) are fighting an imminent loss of jobs under the new investor, Boustead Beef Zimbabwe. Below his statement:

FOLLOWING reports that workers from the Cold Storage Company (CSC) are fighting an imminent loss of jobs under the new investor, Boustead Beef Zimbabwe, there is a need to clarify certain issues to the public.

First of all, it is true that we are in process of retrenchment and it is born out of the fact that the CSC workers are on secondment to Boustead Beef who are a new concession holder of the defunct CSC through a joint venture with the Government of Zimbabwe.

As Boustead Beef rolls out its operations it must recruit workers and the seconded workers must be officially terminated from the previous working contracts and be appointed to the Boustead Beef contracts if they fit the requirements. It is natural that you cannot have two contracts in one employment hence the reason for the retrenchment processes underway. For the record we are almost concluding the negotiations with the majority of the workers. Boustead Beef were seconded 177 permanent workers country wide and that includes Wet-blue Industries. Every permanent worker is being retrenched regardless of skill, age etcetera, as the legal requirement to officially terminate the previous status in order to create a new working conditions. It must be noted that the secondment status is a disadvantage to the workers as the current employer cannot alter the previous conditions of employment. Worse in these inflationary conditions of the economy, the workers will always be struggling to survive hence the importance of terminating that status and creating a new environment.

related challenges facing the national herd. The company will be exporting in the first quarter of this year after overcoming the teething challenges of transforming a state enterprise to a private entity. Retrenchment is the last process before we start production, we will be recruiting soon, including from the retrenched workers and the greater part of Bulawayo. Our model is that we will start with the Bulawayo and move to Masvingo and other operating areas across the country. We have already done a significant work on the ranches that we have had access to so far.

Shurugwi Mine Boss murders employee after torturing him for two days.