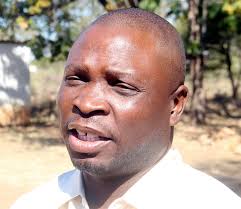 Richard Moyo, Minister of State for Provincial Affairs and Devolution did become the latest Minister to test positive for the deadly Covid-19.

Minister Moyo confirmed this development on an interview with CITE.

“I am self-isolating at home, but for now I am not feeling any pain and I am still asymptomatic but I am taking as much as possible caution while at home.” he added.

The Minister was part of the delegation that attended the official conferment of the city status to Victoria Falls on Wednesday which was presided over by President Emmerson Dambudzo Mnangagwa.

The Matabeleland North Provincial Medical Director Dr Munekayi Padingani refused to be drawn into the matter and give any comment without the knowledge and approval of Minister Richard Moyo.

Dr Munekayi Padingani said,“Call him on his number and he will be able to assist you, I can’t comment on that matter without his consent.”

Last week, Zanu-PF’s Secretary for Administration Obert Mpofu and the party’s Director for Information Tafadzwa Mugwadi tested positive for Covid-19 and are currently in self-isolation.

The respiratory disease also claimed the life of veteran ZBC journalist Janet Munyaka, who was laid to rest last Sunday.

National hero and Retired Chief air Marshall Perence Shiri who was the minister of Lands, Agriculture, Water, Climate and Rural Resettlement Perrance Shiri succumbed to the virus in July.

Vaccines Are Inappropriate – Tanzanian President To The Public