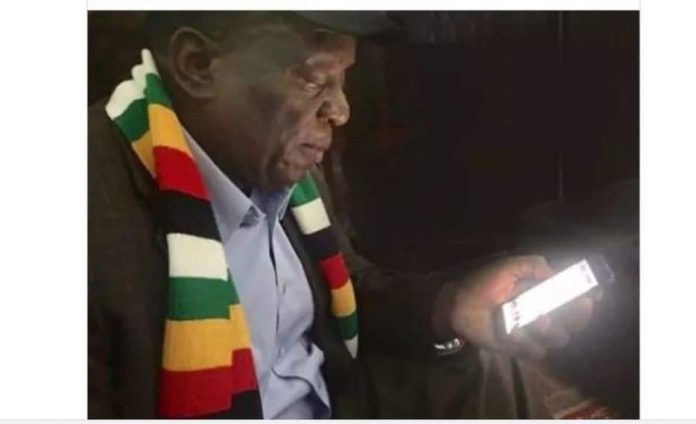 Talking in a WhatsApp group, the couple circulated a message claiming President Emmerson Mnangagwa succumbed to COVID-19. According to the publication, the couple made the false claims in 2 different WhatsApp groups on 26 January 2021. They were arrested by the ZRP. The couple appeared before Beitbridge magistrate facing publishing or communicating false statements prejudicial to the State charges.

Beitbridge Magistrate remanded them in custody till 5 March 2021. It is the state’s case that: On January 26, the two were at their place of residence in Dulivhadzimu Suburb when Chiminya received an audio message via a WhatsApp group ‘Ruwadzano Rwemadzimai’ which she is a member of.

The audio message claimed that President Mnangagwa had died of Covid19 on January 25 at around 6.24am. Chiminya allegedly sent the message to Maregere, who in turn forwarded it to another WhatsApp group, “Agents and Runners, Beitbridge”. He used his phone NetOne line to forward the audio message.

The offence was discovered on the following day leading to the pair’s arrest and the recovery of the two mobile phones, a Mobicel and Samsung Galaxy J4. Meanwhile, Hopewell Chin’ono, Fadzayi Mahere, and Job Sikhala were 2 weeks ago arrested and detained for allegedly communicating falsehoods. The trio according to law experts were detained using a non-existant law.– Pindula News

Dynamos To Face Highlanders In The Independence Cup