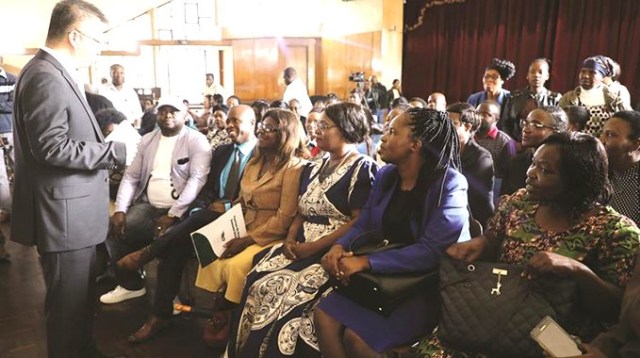 No single Zimbabwean studying or working in China has been diagnosed with coronavirus, the Chinese Embassy in Harare has said.

The embassy yesterday assured parents with children studying in that country of their safety, arguing that the outbreak was now under control. Over 2 000 Zimbabwean students are at different institutions in China with some universities remaining under lock from the general Chinese communities to avoid any risk of the disease.

This comes amid revelations that some unscrupulous Chinese were now taking advantage of the students that are locked up in institutions for their own safety by overcharging basic requirements such as food and medical supplies.

A canteen at one of the universities (name supplied) is alleged to have raised the prices of food.

For example, some parents with children at this university claimed that their children had reported that a bottle of water, which used to be RMB10 is now being sold for RMB30.

Responding to the parents’ concerns at an emergency meeting held in Harare yesterday, Deputy Chinese Ambassador Mr Zhao Baogang promised to get in touch with officials in his country to investigate and take necessary action against such issues.

Mr Baogang reiterated that his Government was committed to assisting any country intending to evacuate its citizens, but warned against such a move.

“If foreign countries are worried about the security of their children and want to evacuate them, we will support them, but for us, the best approach would be to stay where you are.

“If you leave the place that you are at the moment, it will complicate things,” said Mr Baogang.

Citing an example of Japan, Mr Baogang said evacuation would mean all the people being evacuated in one plane and if anyone of them is already infected, he or she may increase chances of transmitting the virus.

He said at the beginning of the outbreak, Japan evacuated its people and that is how the number of cases began to rise in that country.

“At this critical moment, we must remain united, we must win the war against Covid -19,” said Mr Baogang.

He assured parents not to worry or panic about the safety of their children in any part of China.

“China has put in place all necessary measures to contain the outbreak and it has even gone beyond the World Health Organisation’s recommendations (WHO),” he said.

He said as a result, together with efforts of other partners, cases were continuously going down evidenced by statistics of people hospitalised each day and those being discharged.

“Just yesterday (Monday), 200 new cases were reported against 2 800 discharged. In fact, some of the mobile clinics were recently closed because of the reduced number of cases diagnosed each day,” he said.

Chairperson of the Zimbabwe Students in China Association Mr Paul Musodza said he will continue working with the Embassy in Zimbabwe to ensure that all issues raised by parents are addressed.

Over 90 000 cases have been confirmed from which 50 000 have already been cured and discharged from health institutions.