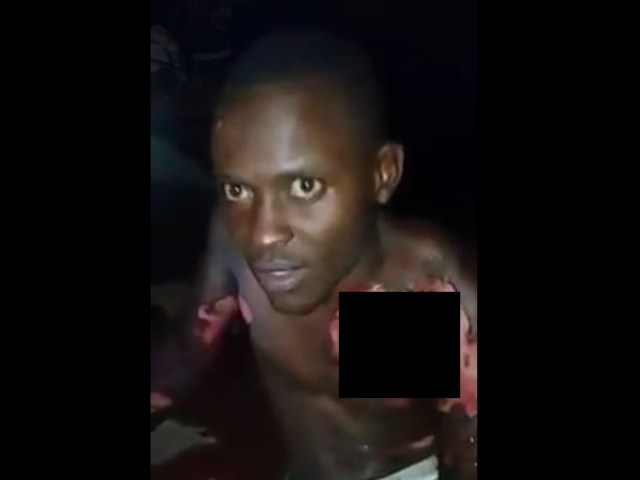 Copper thief electrocuted, suffers horrific injuries after a heist goes wrong. In an undated video seen by iHarare, the man who is identified as Chipungu Pardington is quizzed by angry residents over the botched robbery attempt. In response, Chipungu who seems to be in extreme pain shares the nasty details of the mishap.

A suspected thief was recently electrocuted whilst trying to steal copper wires. Unfortunately for the thief who suffered horrific burns all over his upper body, he was apprehended by residents who quickly attended the scene.

It’s understood that Chipungu, together with his accomplices who escaped from the scene after the accident, were trying to steal copper cables. According to some of the people who attended the scene who can be heard interrogating the thief, one of Chpingu’s accomplices is suspected to have been fatally electrocuted.

However, it could not be immediately identified where the incident took place at the time of publishing the article. Theft of Zesa cables is now a menace that is affecting the supply of electricity to various sectors of the economy. The surge in cable theft across the country is reported to have been triggered by the huge prices being paid for copper and other metals on the black market.