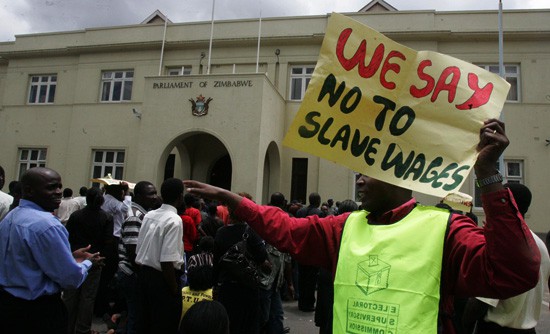 Civil servants under the Zimbabwe Confederation of Public Sector Trade Unions (ZCPSTU) are this Friday set to march against the government’s continued reluctance to pay them in United States dollars.

The union says the government has ignored their issues.

Government workers have been demanding the reinstatement of their US$540 wage after it was scrapped by Ncube in October 2018, replacing it with Zimbabwe dollars which at that time was pegged at par with the United States dollar.

The Zimbabwean dollar has been shedding value thereby degrading the value of workers’ salaries.

The ZCPSTU intends to march from its offices at Number 79 Livingstone Avenue to hand over a petition on the conditions of civil servants’ salaries on May 27, 2022.

The government officers to be handed over the petition are the finance and labor ministries respectively. Parliament’s portfolio committee on Labour shall be petitioned too. We are expecting 80 members from our union leaders.

Nurses, teachers and police officers are earning about ZW$19 000, less than US$100 on both the black market and the Reserve Bank of Zimbabwe’s (RBZ) foreign currency exchange auction.

Many government workers have since left the country over poor wages and working conditions.