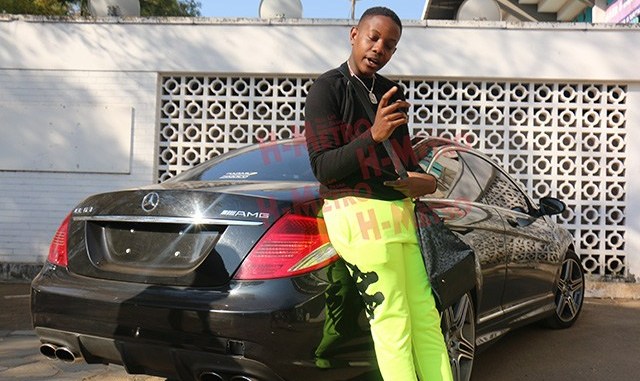 The celebrated artist will today release his 15-track album titled Hokoyo. Seven videos off the album. I couldn’t hold on to this anymore. Jah Prayzah has finally decided to drop his 10th album in the midst of the Covid-19 inspired national lockdown.

With videos to the title track Hokoyo and Asante Sana having been released already, Jah Prayzah is set to release the rest of the album starting today. Eight audio tracks will be released interspaced from 8am this morning before five videos are dropped starting tomorrow.

The seven videos accompanying the album are not only unprecedented but very different. Fans who love his cultural, urban and dance tracks and videos have been catered for.

Speaking exclusively to H-Metro ahead of the launch, the dreadlocked entertainer said he will start by releasing his collaboration with Zim Praise titled Muteuro. “My song with Zim Praise will be the first to be released at 8am (today). Thereafter we will drop a song every one and a half hours until all the tracks with no videos are released,” he said.

In a move that is set to break the internet as far as Zimbabwean entertainment is concerned, Jah will follow that up by releasing a fresh video every week-day from Thursday to Wednesday next week. “The first video we are dropping is Mukwasha on Thursday, then Kwayedza on Friday, Chiramwiwa on Monday, Donhodzo on Tuesday and Munyaradzi on Wednesday.”

That brings to seven, the number of videos off the 15-track album – an unprecedented move given the high cost of producing quality videos in this era. “This is my tenth album and 10 is such a big number to me. I took my time that is why I did not drop the album last year when people were expecting it. I had to do something special for the fans that have supported me throughout this 10-album journey that is why I invested in seven quality videos. I am excited to release these videos and this album to the world. I couldn’t hold on to this anymore.

The lanky singer said he could not hold on to the album any more after initially planning to release it on April 3. “Music ndeyevanhu. So it doesn’t make sense or serve its purpose if I keep it in a computer when I composed it to be listened to,” he said.

“Relevance is also important. You do not want to release songs that are outdated. For example the song Chimanimani is about the disaster that hit Manicaland, Cyclone Idai, but now we are into another disaster of the Covid-19 pandemic and I still haven’t released it.” He added that holding onto the album was also inhibiting the urge to produce more music.

“Even mari ikawandisa unotadza kutsvaga imwe. With Hokoyo album ready for months, I do not feel inspired to work on new projects. But after releasing this album I will slowly return to the studio with the relaxed conditions and begin work on the next one.

“This is a new era and as artists we are inspired by what goes on around us and Covid-19 has brought about a different environment set to inspire us to different productions.”

Meanwhile, Jah Prayzah dismissed social media audios purporting to be of a song with Charles Charamba. He said he will start rehearsals for live performances during the lockdown. “I don’t know when but something is definitely coming since lockdown conditions have been relaxed and the band can now come to work,” he said. He last released an album titled Chitubu in 2018.

To those who have listened to the album already, they are saying the album is dope whilst some are saying its not that god. We all know when these guys release albums they are subjected to heavy criticism and it seems for Jah Prayzah it has started already. Chatunga Mugabe is already his first critic. Check the picture below

ZRP Officers Thrashed By A Mob In High Glen Road