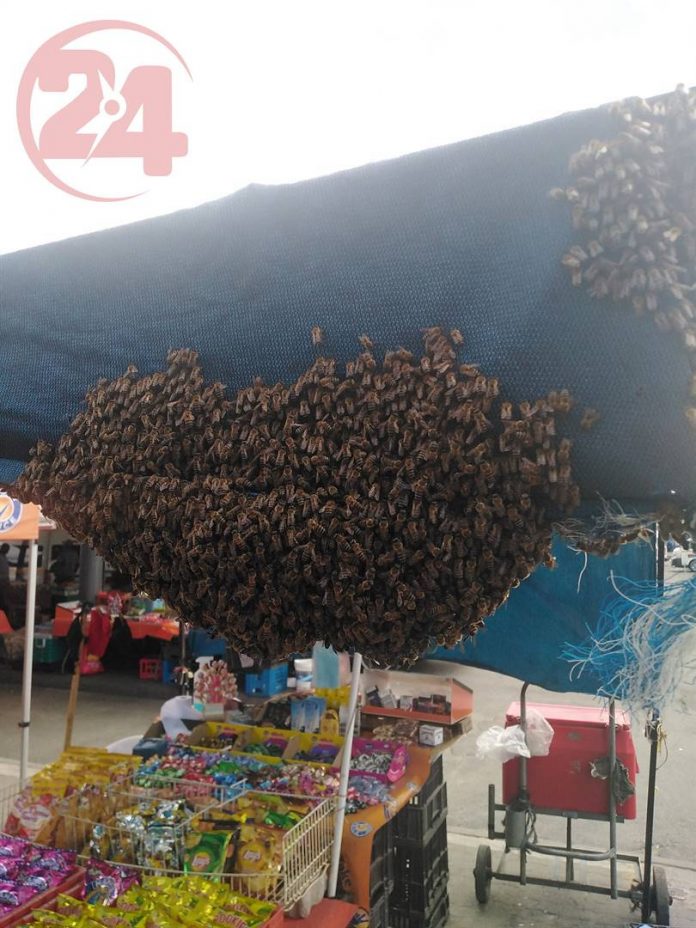 Chaos At Taxi Rank: People Run For Their Lives After Ancestors Visited A Vendor In Form Of Bees – Pics. They were going about their business when a swarm of bees descended on them.

So the street vendors in Site C Taxi Rank in Khayelitsha, Cape Town, ran for their lives as they were afraid the bees would attack them.

Instead, the bees went to one of the vendor’s stalls and waited.

The vendor’s daughter (16), who’d been standing in for her mum, said she immediately ran away when she saw them.

She told the publication she ran home to call the elders, who spoke to the bees.

“My family told the bees they got the message loud and clear, and knew what they needed to do,” said the girl.

“To show they were just delivering a message, the bees didn’t harm anyone.

“They just waited for the people they were here for and left afterwards.”

The owner of the stall said the bees were there to give her a message from her ancestors.

“I know what they want from me, but I can’t get into it,” said the stall owner.

“They want something from her. She must slaughter and make traditional beer. They won’t visit again,” said Gqola.

He said the vendor was lucky her ancestors told her what to do, and that there would be consequences if she ignored it.

“Maybe they’ve been visiting her house, but she didn’t give them attention. So they decided to go where she works.”