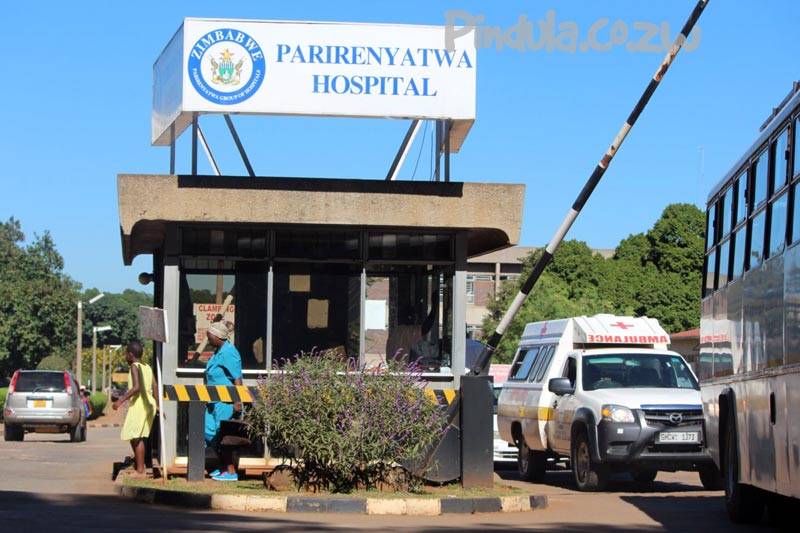 THERE was pandemonium at Parirenyatwa Group of Hospitals on Wednesday as doctors, nurses and patients scurried for cover.

Apparently the sight of a woman who was recently held in isolation at Wilkins Hospital as authorities tested her for the Corona virus spooked most people.

However, it turned out to be a false alarm. The 27-year old woman, who was certified coronavirus-free, had been brought to the hospital to consult a mental health expert.

It was only after this was revealed that business returned to normal. However, a fire had been set and was raging on social media with wild claims that a woman had tested positive for the coronavirus at one of Zimbabwe’s major referral hospitals.

The furore caused by the incident stung Parirenyatwa Group of Hospitals into issuing a statement aimed at setting the record straight.

“We wish to confirm that the patient who was originally isolated at Wilkins Hospital for suspected COVID-19 presented at Parirenyatwa on 26 February.

“The patient was brought in by the City of Harare to our Mental Health Hospital where it was decided that the patient had to be seen by a physician first.

The psychiatrist followed up the patient and attended to her in our casualty department.

“Since the consultations with the City of Harare were continuous throughout the process, the two parties eventually resolved that the patient should be referred back to Wilkins Hospital where she currently admitted for comprehensive evaluation and treatment,” reads part of the statement.

Parirenyatwa further highlighted that the manner in which how the patient was handled was a subject of investigation.

“A meeting was immediately called with key departments to review how the case was handled and to assess the hospital’s preparedness to handle similar cases in the future.

“The meeting among other issues resolved that the rapid response team should improve in their communication, a screening tent should be set up outside casualty so that any suspected cases is immediately referred to Wilkins Hospital,” said the hospital.

Commenting on the incident Harare City Health Director, Dr Prosper Chonzi: “This woman is still under (corona virus) surveillance even though she tested negative three times.

“It was after we had been informed that she had tried to commit suicide that we sent a team to take her to the mental hospital for assessment. The visit had nothing to do with the corona virus.”