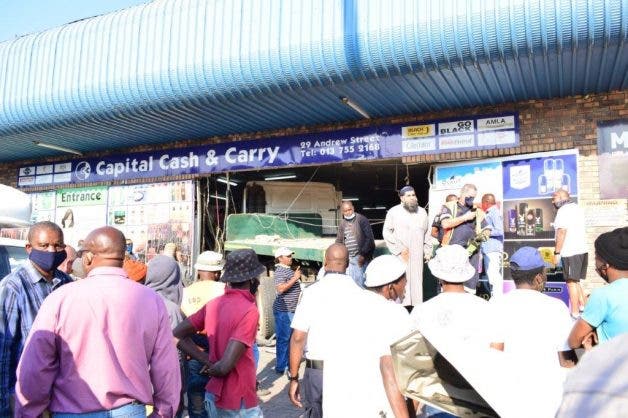 Andrew Street soon became overcrowded as curious residents gathered around the scene of the accident. There was pandemonium in Andrew Street after a truck lost control and crashed into Capital Cash and Carry.

The vehicle was heading in the direction of the taxi rank when the driver lost control and hit a taxi as well as a bakkie heading in the opposite direction, finally ploughing into the shop, reports Lowvelder.

According to paramedics on the scene, there were no confirmed fatalities, although a young child who was travelling in the taxi sustained serious injuries and was taken to Rob Ferreira Hospital.

Two persons who were in the store at the time of the accident also sustained injuries.