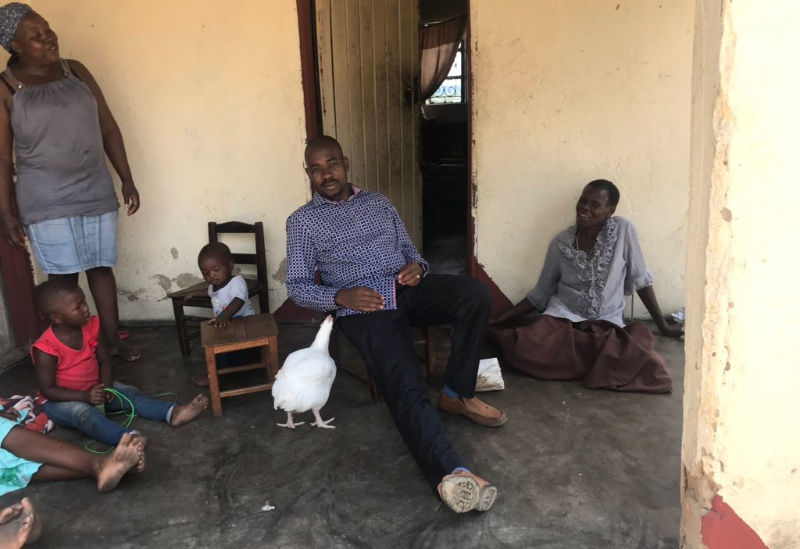 The youths say they will proceed to occupy the homestead and feed themselves with the opposition leaders’ herd of cattle and goats.

The Zanu PF youths said they will also besiege the residences of MDC Vice President Tendai Biti in Harare and Vice Chairperson Job Sikhala in Chitungwiza.

Meanwhile, the three senior MDC politicians are not taking the threats lightly and have mobilised party youths at their residences to protect their properties and families.

“In Gutu, our team said they are ready. Chamisa’s rural home has cattle and goats, we will eat those if they do not feed us. We will be safe,” said Kandishaya.

“We will not be carrying any food, we will eat at his home and use his toilets. Some of these people think we do not have their addresses, let them wait for the weekend and they will see for sure we know where they stay.

“We had a meeting with our constituency coordinators on Wednesday to determine the amount of fuel available, tents and blankets just in case they do not allow us in and drums for our entertainment. I can safely say our preparations are on 80% now,” he said.

Meanwhile, firebrand MDC Vice Chairperson Sikhala told NewZimbabwe.com the youths had every right to do what they want at the weekend, but dismissed the intended action as a sign of President Emmerson Mnangagwa and his government’s failure to resolve the worsening economic crisis.

“They are free to do what they want. I am not in their perforated minds rather it is desperation of the century by a failed Mnangagwa to dispatch hooligans to our homes,” said Sikhala.

“Whoever mooted this silly idea is an idiot whom the people of Zimbabwe will ridicule to end. They (Zanu PF youths) are drama queens and kings and this is a clear indication we are being run by clueless, hopeless and scandalous characters.”

Sikhala said he had also mobilised MDC youths to protect his home and has since moved his family to a safer place.

The MDC MP, Biti and Chamisa are being accused of causing the suffering of ordinary citizens through calling for the imposition of sanctions by America and Europe.

Zimbabwe is experiencing its worst economic meltdown in a decade under the new Mnangagwa regime.

ZIMSTAT Says About 2.3 million Youths Are Neither In School Nor Employed