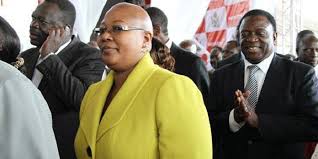 MDC-T leaders allegedly clashed on Saturday during the party’s first national council meeting since the Supreme Court reinstated Thokozani Khupe as the interim president pending an extraordinary congress to elect a substantive president.

The virtual meeting had 65 members by 2:30 pm and Khupe opened the meeting by urging unity in the party and advised fence-sitters to join her camp following the Supreme Court ruling.

The clashes arose after some members called for more MDC Alliance members to be recalled from Parliament.

According to leaked audios, one of Khupe’s allies Abedinico Bhebhe pulled out after hardliners in the party allegedly pushed for the recall of more MDC Alliance legislators.

Bhebhe, the national organising secretary from MDC 2014 structures, is said to favour reconciliation between Khupe and Chamisa and during the meeting, he demanded to know why MDC Alliance members were not invited as they were part of the 2014 structures that were legitimised by the Supreme Court ruling.

Mwonzora’s supporters said in terms of the party’s constitution, the MDC Alliance members were no longer part of the organisation as they had violated its rules.

Reports suggest that three-quarters of the provinces that participated in the meeting were in favour of the recall of more legislators.

Meanwhile, only a handful of people were left at the time the meeting ended.