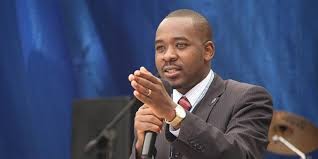 MDC Alliance candidate in the 2018 presidential elections, Nelson Chamisa, will pursue a fresh application at the Constitutional Court (ConCourt) to have its ruling on his election results challenge set aside.

Advocate Thabani Mpofu, who is Chamisa’s lawyer, said after studying Jonathan Moyo’s book, Excelgate, they were now making efforts to have the judgment on the 2018 presidential elections rescinded.

Mpofu further argued that the Zimbabwe Electoral Commission (ZEC) presented false information to the courts, hence, their call for the judgment to be set aside. He said:

The general rule is that once a final judgment or order has been given, the judge who gave it or any other judge of parallel jurisdiction has no power to alter, rescind, vary or set it aside, except in the few instances recognised at common law or by the rules of the High Court.

One of the exceptions recognised at common law is when the judgment or order has been obtained through fraudulent misrepresentation.

Legal experts concurred that it is within Chamisa’s rights to approach the court to have the ruling invalidated.

Midlands State University law lecturer and human rights lawyer, Valentine Mutatu, said if there is new and compelling evidence it was possible for Chamisa to launch a fresh application.