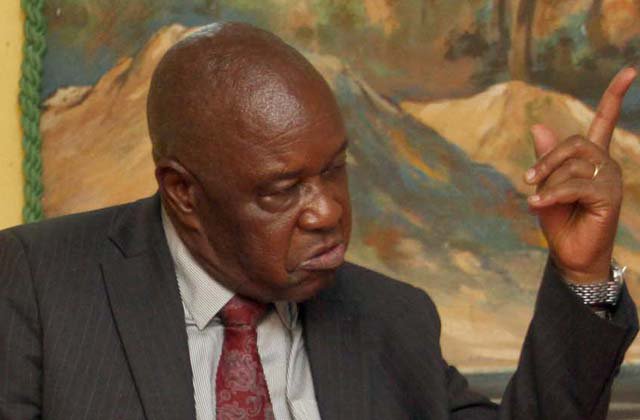 Addressing the Mashonaland West provincial Coordinating Committee meeting in Chinhoyi on Sunday, Ambassador Mutsvangwa said Mr Chamisa had failed to accept all court rulings and democratic procedures within his own party.

“MDC-A’s Chamisa does not want to play by the rules. He has not accepted the rulings of the Zimbabwe Electoral Commission (ZEC), High Court and Supreme Court. He even rose to the presidency within his own party through a coup,” he said.

“However, the legitimate leaders in his party have since gathered the courage to challenge him and take charge of the party. The move by the MDC-T leadership in challenging Chamisa and following the court shows how democratic the nation is. We, however, implore the party to follow its constitutional and democratic paths.”

Cde Mutsvangwa challenged the opposition party to be patriotic and serve the interests of the country.

He challenged land reform beneficiaries to use the land for the benefit of the whole nation.

Cde Mutsvangwa observed that President Mnangagwa’s approval of partnership farming should be embraced by farmers who were failing to use their farms to capacity.

While Mashonaland West is the major maize growing province, average yields have dipped to levels well below the expected 9 to 12 tonnes a hectare.

Cde Mutsvangwa challenged the province to consider coming up with incentives to lure investors. As a province that has a lot of farming and mining activities, Cde Mutsvangwa said there was a need to empower the producers so that they do not continue to live in abject poverty.

In his remarks, the party’s provincial chairperson and Justice, Legal and Parliamentary Affairs Minister Ziyambi Ziyambi called for the use of water bodies to boost production.

The meeting resolved to hold another debate on business and economic issues, work on the party’s structures and look at challenges being faced under the Covid-19 lockdown.

Party members also received face masks, sanitizer and liquid soap from Cde Mike Chimombe, while the party provided all the members with exemption letters for use during the lockdown.

Man arrested for murder of elderly mother, whose body was hidden in cement-filled drum