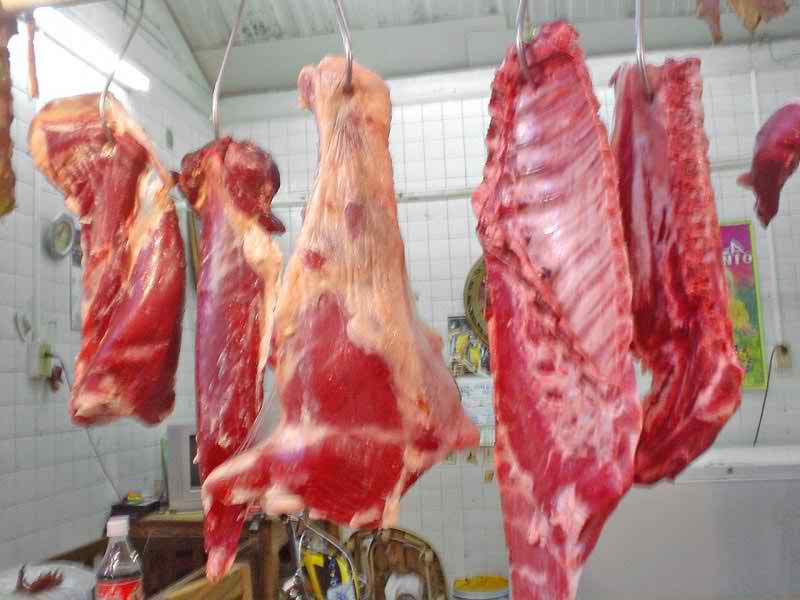 Black market beef traders are reportedly buying infected beasts for as little as ZWL100 and then sneakily selling them to butcheries thus placing beef consumers at risk.

Lately, there has been a widespread outbreak of Theileriosis, a tick-borne disease affecting cattle due to the extremely hot weather conditions in the country.

This has seen beef prices in many butcheries around the country plummeting.

Low beef prices in Zimbabwe?
Recently a kilogram of beef had been ranging from ZWL80 and ZWL120 in Harare CBD and ZWL60 and ZWL80 in the high-density suburbs.

According to reports by Zim Morning Post, in Seke, Chitungwiza butchery owners were buying cheap, infected cattle in nearby villages and then reselling them.

Farmers usually tend to dispose of the infected cattle quickly before they die so as to get their monetary value.

Renowned supermarkets are also said to be selling the infected meat.

At Montana Meats in Harare for instance, a kilogram of beef, which previously cost between ZWL75 and ZWL99, was reportedly being sold between ZWL68 and ZWL75.

“It is sad and alarming that there are people who are putting profit ahead of public safety, considering that there are several diseases that can be communicated and transmitted from animals to humans,“ Shumba said.

“It is disturbing that such things are happening in our communities, particularly after the country recorded deaths after some people ingested anthrax-infected meat in some districts,” he added.

He went to say farmers and retailers should adhere to the regulations pertaining to the slaughter and consumption of beasts in the country.

He warned that eating infected meat can have drastic health consequences for human beings, citing the new Coronavirus as an example.