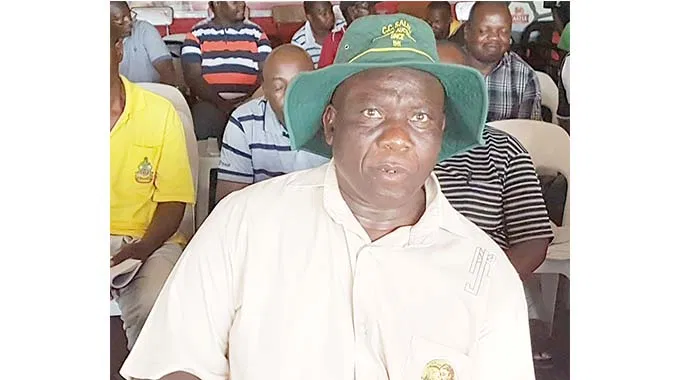 Bulawayo businessman is embroiled in a bitter marital battle which has all elements of a soap opera after his wife sensationally claimed her marriage had been turbulent and fraught with fights, quarrels and accusations and counter-accusations of witchcraft.

Nkani Khoza proprietor of a local school retail company, Totally Uniforms is being accused by his wife Virginia Khoza of being verbally, physically and emotionally abusive.

Virginia claimed her husband who wants to divorce her also wants to suspend her from their company so that he can enjoy the fruits of their hard work alone.

Virginia bared her soul at the Bulawayo Civil Court where she was seeking a protection order against her husband. In her affidavit she claimed her husband was no longer observing the marriage vows that he pledged the day they got married.

“I am applying for a protection order against my husband because he is verbally, emotionally and psychologically abusive towards me and this has been going on since March 2020. He accuses me of practising witchcraft.

“He is also threatening to suspend me from being a manager at our family-owned business and confiscating my car keys. I no longer have peace due to his constant harassment. I worked very hard to keep the company ticking but now he wants me to leave so that he enjoys the profits alone.

He also harasses me in the presence of customers and doesn’t give me money,” protested Virginia. She further stated that her husband was also selling their matrimonial property without her consent.

Nkani in his response denied all the allegations levelled against him. He told the court that his wife was the one who was violent adding that at one time she threatened to stab him with a kitchen knife if he ever tried to divorce her.

“At work, she is a manager and I’m the chief executive officer. She is supposed to directly report to me, but she is refusing to take orders saying we are equal.

“Our problems started in March as she has clearly stated and this was after my son from the previous marriage came to our house and joined us at work. She was angered by that and started alleging that I wanted him to inherit our business.

“I told her I was just helping him as my son. This is despite the fact that I also raised her three children from the previous marriage and we are still staying with one of them who has since married and has a child who is nine years old. He is still staying at my house without paying rent but I had never complained,” fumed Nkani.

He said his wife has also banned his relatives from visiting their matrimonial home in Parklands.

“In November I lost my aunt in Chiredzi and I was pained when she said she has gone to hell and that was good. She also insulted and assaulted by two sisters who stay in Beitbridge. What happened is that she took one of the ladies from our church and went with her to my rural home in Beitbridge.

“I was not aware that they were going to my rural home until I got a call that she had assaulted my sister and her husband. After assaulting the first one, she then proceeded to my other sister’s homestead where she also wanted to assault her but fortunately, she didn’t find her at home as she had gone to church,” said Nkani.

He further said he once involved church elders to solve their marital problems but to no avail.

“When the church elders tried to counsel us, she became violent and started fighting resulting in the meeting being abandoned. She continued with the fight when we got home when she took a big kitchen knife and started demonstrating how she will rip off my stomach if I divorce her. She also went to my nephew and told him that if ever

I attempted to divorce her, she will kill me”.

He adds: “She once spotted a snake in the house and when it disappeared, she said it was my snake.

The following day the kids spotted that snake and I took boiling water and killed it. When I told her I had killed the snake which she alleged was mine, she said she knows that I‘ll meet in the spiritual world with other people”.

Virginia however, insisted that her husband was verbally abusing her by constantly alleging that she was a witch.

“I am the one who approached the church elders to reprimand him as he was always alleging that I’m a witch and that I killed my late husband and uncle. Sometime in March, he woke up at around 1 AM and when I asked him what was going on, he remained quiet.

“He later answered saying he was shown a vision by his late uncle telling him to leave the house because what was happening was not making him happy. He then says I use rosaries (sacramentals of the Catholic Church) from our church to tie his neck and feet. I told him that it is a demonic issue,” said Virginia.

Virginia’s application was, however, dismissed by presiding magistrate Nomasiko Ndlovu after she failed to give satisfactory reasons why she went to Beitbridge and attacked her husband’s sister and her husband.