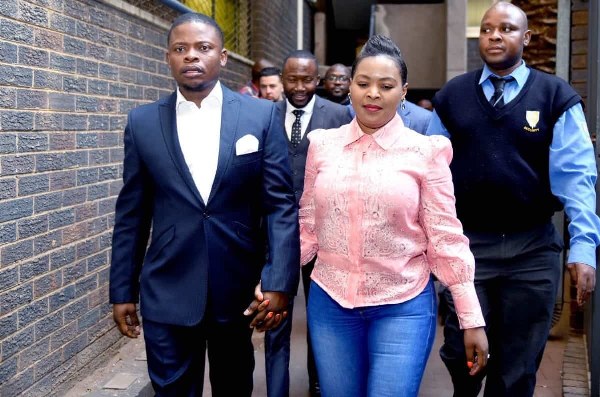 Mukupe made the sensational claim in Facebook posts Wednesday before he went on to post screenshots of what he claimed to be chats between his celebrity wife and the prophet. 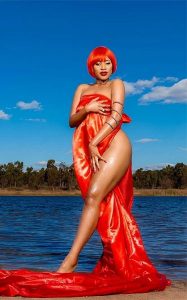 Rachel J is known for her provocative lyrics and videos in her music.

She recently did a song titled Ngoro featuring Enzo Ishall which was banned by the censorship board of Zimbabwe.

Her husband accused Bushiri of being a fake prophet and a thief and dared him to challenge his claims. Mukupe also threatened to fight Bushiri to the end.

Mukupe wrote, “Prophet Shepherd Bushiri, so you have decided to go public on this… no problem… if that’s not you in that pic be my guest… I’m coming after you… if that’s not your mobile you were using for WhatsApp be my guest… you can’t be taking advantage of people like that… I want the R100k that we seeded to your fake church back… false prophet!!! As you said your lawyers are ready to sue please deliver the summons I’m waiting… I want you Bushiri to deny that you met her three times Lilongwe, Pretoria and your Rustenberg place with my blessing, me buying the plane tickets and you offering to go into business with us with Hon Chihana from Malawi in tow… deny it and we will see who serves a true God!!!, “ among other things.

However, the posts have since been taken down from his Facebook page.

In response to the allegations, Bushiri issued a statement denying the claims prompting the ex-minister to post more “evidence”.

He also said Mukupe was exposing himself by making such allegations and also degrading his wife’s dignity in the process.

“It is not in my nature to respond to allegations levelled against me. However, it has come to my attention that Terence Mukupe, a disgraced former deputy minister in Zimbabwe has made false allegations that I am responsible for his wife’s pregnancy. The basis of his allegations are screenshots of chats and messages purportedly between me and his wife,” said Bushiri.

The cleric said he has not been on WhatsApp since 2017.

He also denied being in Malawi during the time the incident allegedly occurred.

“Secondly, I have not travelled out of South Africa in the last 13 months, and therefore have not met this man’s wife in Malawi as he believes. This ought to be public knowledge,” he said.

Bushiri also said the number appearing in Mukupe’s screenshots was not his.

He said it was impractical for Mukupe’s claims to be true considering these circumstances.

He also hit back at Mukupe saying the latter will face the music for making false allegations against him.

“A man has a duty and obligation to protect his wife and Terence must not open her up to abuse and name calling. I call on him to respect my family and everyone else. These false allegations stay on the internet forever and will harm many lives. If they were true it would make sense. But these are lies.”

He said Mukupe was doing this for money and warned him to fear God.