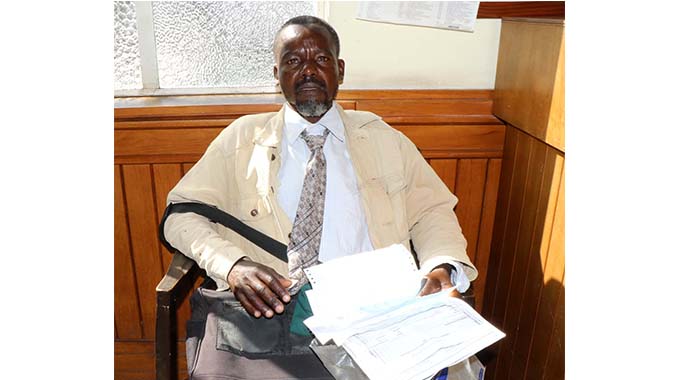 A 53-year-old Filabusi primary school teacher has appealed for help to put food on the table and buy medication for his heart problem as he says he could no longer afford to do so on his government salary, The Chronicle reports.

Mr Clarkson Madhandara who is a widower is struggling to buy basics and essential medication he needs to survive since his ailment has left him hospitalised in many cases which has resulted in the government deducting a huge lump off his salary and he is currently netting $400 per month.

Madhandara who needs $56 per month for his medication narrated his story to The Chronicle and said;

I have a heart condition which started in 2018 and since then my life has been nothing but misery. I can no longer spend time at work as expected as I can be admitted to a hospital for up to three months, which affects my input as a teacher.

I desperately need medication as I can drop dead anytime and sadly not even my salary now is enough to buy medication. If I was physically able, I would appeal for piece jobs in exchange of medication but I cannot even move properly nowadays due to the condition.

I live at B285 Njube and am reachable on +263773674010 and I am willing to let well-wishers buy me the medication just to prove that this appeal is genuine. Well-wishers can even drop off their donations at the Chronicle and I will gladly account for everything

Zodwa shows men how to last an hour in one round of s_x: VIDEO