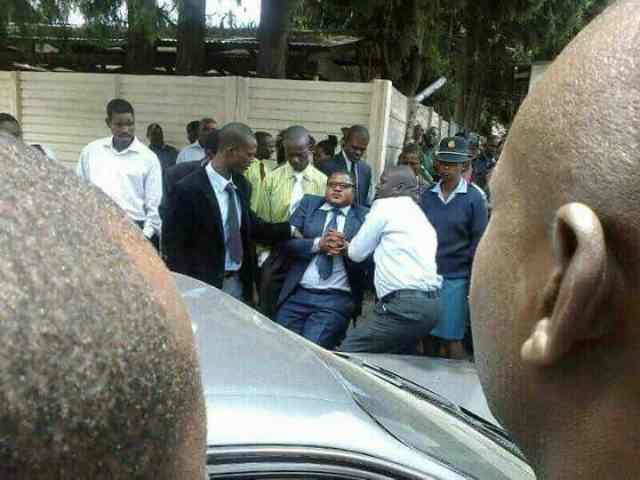 The announcement of the controversial Goromonzi West legislator’s sacking was announced by Permanent Secretary, Presidential Communications Office of the President and Cabinet, R Chikowore in a statement on Wednesday. The statement read:

The Chief Secretary to the President and Cabinet, Dr M.J.M. Sibanda, has announced the termination of employment by His His Excellency the President, Cde E.D. Mnangagwa, of Dr Energy Mutodi as Deputy Minister of Government in the Ministry of Information, Publicity and Broadcasting Services.

The termination which is with immediate effect is in terms of Section 108 (la) of the Constitution of Zimbabwe (Amendment No. 20) of 2013.

Mutodi has been making headlines for the wrong reasons since his appointment in 2018. Recently, the Foreign Affairs Minister Sibusiso Moyo reportedly apologised to the Tanzanian Embassy in Harare after Mutodi mocked the country’s President, John Magufuli for his response to the coronavirus.

Mutodi went on the rampage like a bull in a china shop publicly denigrating Moyo, his superior Monica Mutsvangwa and her husband Chris.

On Wednesday Mutodi also mocked hospitalised MDC Alliance Activists, Joana Mamombe, Netsai Marova and Cecilia Chimbiri, saying they were pr_0stitutes who got injured after a misunderstanding with artisanal miners who had hired them for their services. Mutodi’s final tweet as deputy Minister reads:

Details emerge MDC youths Joana Mamombe, Netsai Marova & Cecilia Chimbiri went out for a romantic night to Bindura with their lovers who are artisanal miners. They parked their car at a police station for safety but tragedy struck when they demanded foreign currency for services.

US orders closure of Chinese consulate in Houston