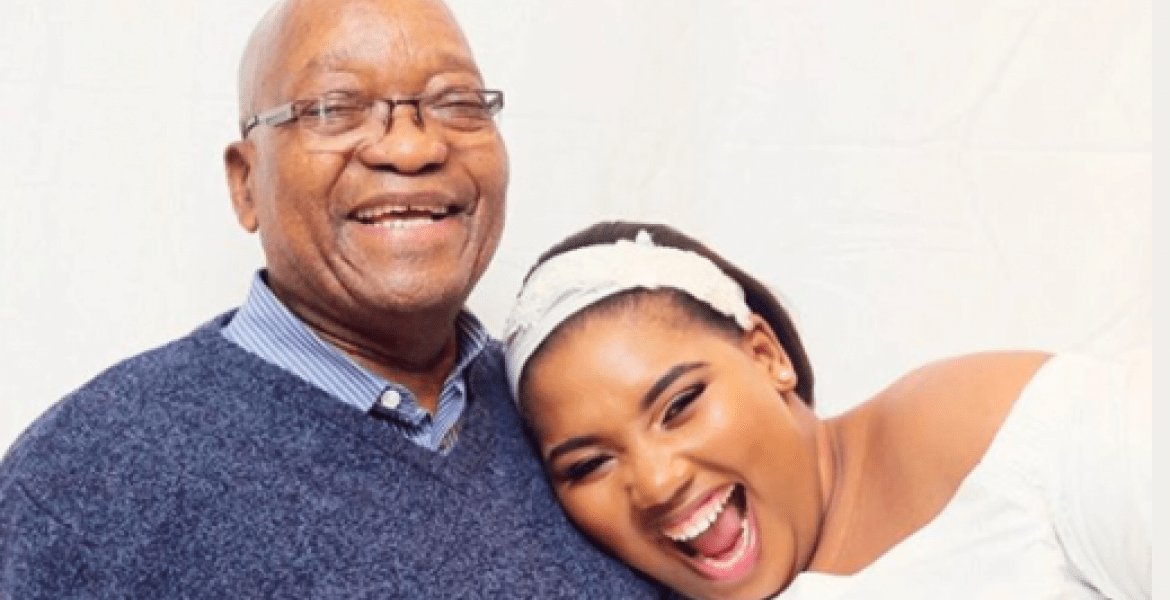 This has been confirmed by sources claiming the two split late last year and reasons for the break up have not been made public yet.

According to The Daily Sun, Nonkanyiso had since moved out of the house rented for her by Zuma at Hilltop Private Estate in Zimbali, near Ballito, Durban.

But he confirmed he was made aware that she now stays with her biological mother in the Eastern Cape.

Commented the madala: “She blocked me on all platforms, but I know she doesn’t stay in Ballito anymore.

“I wish she’d come back home if Zuma’s no longer able to maintain her.”

Nonkanyiso’s mum said: “No comment,” before she hung up the phone.”

Nonkanyiso, who frequently posted images of herself and the former president, has since removed them from her Instagram account.

Said an insider: “The split has been kept under wraps.

“Nonkanyiso received a strict warning from the Zumas to keep mum about the separation to avoid the media’s attention.”

This week, the SunTeam visited the Hilltop Private Estate and spoke to security personnel, who were adamant Nonkanyiso moved out in December.

They insisted Zuma’s frequent visits came to a dead-end days before her departure.

Zuma could not be reached for comment and his family spokesperson, Ray Zuma, declined to comment on the issue and hung up the phone.

Efforts to get comment from Nonkanyiso were unsuccessful as her phone rang unanswered.

She also failed to respond to our SMSes and WhatsApp messages. Two weeks ago, Sunday Sun reported that Nonkanyiso’s father begged her for forgiveness.
And early this year, Nonkanyiso on Instagram accused the former president of not being there for their two-year-old son.