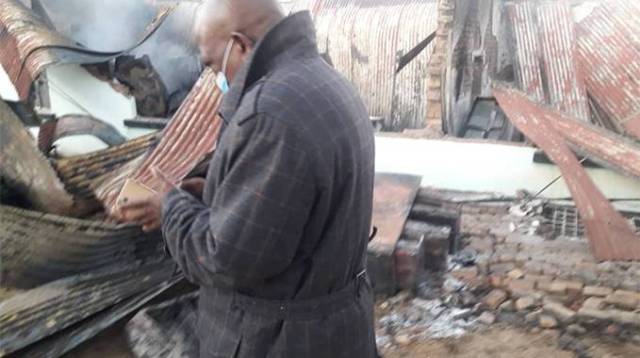 Medicines and other supplies worth thousands of dollars were destroyed when a raging fire-ravaged Banket Hospital pharmacy and storeroom yesterday evening.

The cause of the fire which is yet to be ascertained is believed to have been caused by an electrical fault of an explosion of alcohol-based sanitisers inside the warehouse.

Zvimba South Legislature, Dr Philip Chiyangwa who visited the hospital this morning in the company of Zvimba West Member of Parliament and Minister of Justice, Legal and Parliamentary Affairs, Hon Ziyambi Ziyambi said the thousand of drugs and infrastructure were destroyed.

Cde Chiyangwa implored well-wishers to chip in to resupply the health institution.

In a separate interview, Minister of State for Provincial Affairs for Mashonaland West, Mary Mliswa-Chikoka said the incident was a huge blow to the entire provincial health system and the fight against COVID-19.

Patients who were admitted at the hospital have since been transferred to Chinhoyi Provincial Hospital while the department of public works attended the scene to ascertain the impact of the damage.