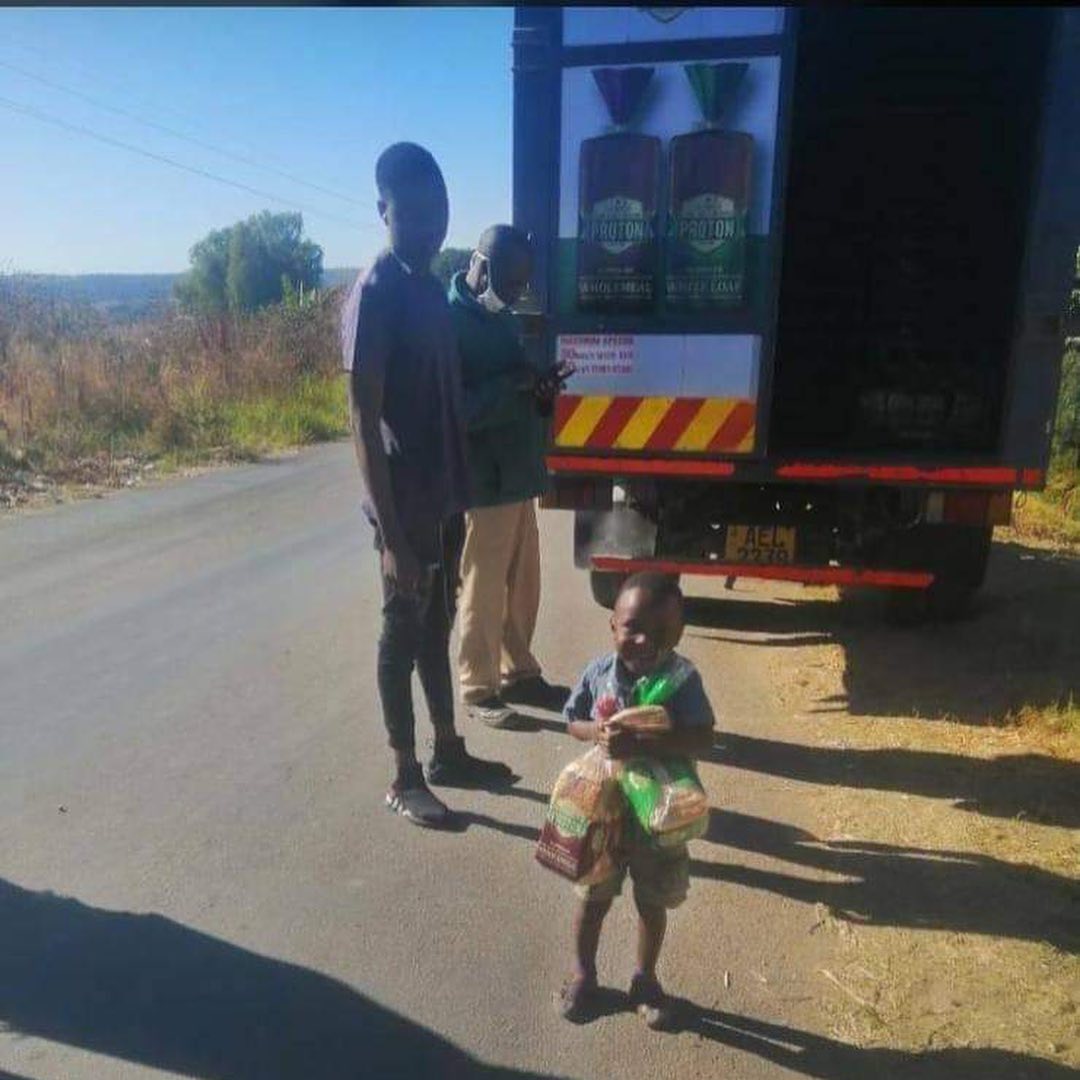 Breadwinner Zoolian Karendo continues to shine, as he is now being called the little Masiyiwa. However, his parents, 35-year-old Christopher Karendo and his 26-year-old wife, Tatenda Chihota, are both unemployed. Forget bacon and eggs — all the boy wanted were a few slices of bread for breakfast.

Nay, most people cannot afford such “luxuries” in these tough economic times, with the price of bread skyrocketing lately. For the Karendos, bread had long been replaced by sweet potatoes (mbambaira) — something which saw their three-year-old boy complain on video, albeit innocently.

“Murikundikuvadza ne mbambaira (you are overdosing me with sweet potatoes),” the boy protests in the video recording, to which the father prods, “saka wanga uchida kuti ndiite sei (What do you want me to do)?”

And the boy responds: “Tengai chingwa! (buy bread!).” The video went viral — providing comic relief for some, a moment of reflection for others but most importantly, it turned around the boy’s fortunes.

Young Zoolian Karendo became an overnight internet sensation, got himself, among several other endorsements and goodies, enough groceries to open a tuckshop, trendy clothes and a generous school fees pledge.

Bizarrely, a DNA testing company even offered free paternity tests, highlighting the frenzied and feverish attention generated by the minor.

Although interest has unsurprisingly waned and appears to be dying down, the Chinhoyi boy, nicknamed “breadwinner” on social media, has managed to charm a lot of corporates and individual well-wishers.

To date, a number of companies have joined the bandwagon and managed to provide the boy with bread, clothing, cooking oil, a gas cylinder and LP gas, among other items. The Blush Cake Studio also made a cake for the “breadwinner”. The Sunday Mail paid Zoolian a visit last weekend at his home in Chinhoyi.

Unfortunately, the colourful boy was not at home, as his “rockstar” diary has suddenly become full with engagements ranging from corporate endorsements to handover ceremonies for various treats accompanied by photo ops. We had to settle for the boy’s parents.

“My wife and I are not employed but we try by all means to provide and we always wish the best for him. “I pray that he will be able to attend a good school and become a great and more recognised man in lifelike Strive Masiyiwa,” said Mr Karendo, the boy’s father.

But this couple was not always this optimistic. In fact, the trending video of Zoolian complaining about having had enough of sweet potatoes was very close to their actual reality. Mr Karendo said the current Covid-19 lockdown hit him and his family hard, just like the rest of the country.

But he was quick to add that overdosing his family with sweet potato was a way of changing their diet. Recorded by the father’s friend, only identified as Shewu, the family admitted that when the video initially went viral, they felt embarrassed and demeaned.

“At first the video had me thinking that my neighbours and the community would think that I was an irresponsible father. “When my friend recorded the video, I never thought he would circulate it. But I am not even mad at him; that is what friends are for,” said Mr Karendo.

“Zoolian had just finished having tea with his mother when he came to the gate where I was chatting with some of my friends and said ‘murikundikuvadza nembambaira’. Shewu, my friend, then asked him to repeat what he had said as he recorded the video of him using his phone.”

The video captured the imagination of the nation, spreading like wildfire. “I first received a call from Proton Bakeries pledging bread. I thought it was going to be the only company or a few that produce bread that would do this. “But to my surprise, a number of corporates from as far as Harare started calling to offer support for my little boy.”

Mr Karendo added that although he felt humiliated before, he was happy about the recognition his son received from corporates and well-wishers, and prays for a brighter future for his son.

Zoolian, he said, is a Jamaican name but he is yet to find its meaning. He, however, believes it carries more blessings and honour. The Karendo couple and their boy share the family house with an aunt and uncle in Chinhoyi’s Chikonohono high-density suburb.

Mrs Karendo told this publication that she never expected to have her child’s life changed like that at such a tender age. She said her son, whom she described as “very intelligent”, at times speaks like a grown man.

“He speaks with confidence and at times we wonder if there is someone telling him what to say,” she said, adding, “So when I saw the video I was not shocked, although I felt a bit humiliated.”

At least 20 companies have so far extended a helping hand to Zoolian after his plea for bread touched the hearts of many. Companies like Bakers Inn, ZimGold, Dairibord Zimbabwe, Roil Cooking Oil and a number of individuals have chipped in with assistance. The father managed to show this news crew an assortment of groceries, clothes and a gas tank that were provided by companies and individuals.

Among them is a dream pledge from a New York-based organisation called Child Registry, which is said to have promised to create a child savings account for Zoolian, to be used by the boy to either start a business or go to university later in life.

There were also unverified claims that Eduloan also promised to pay school fees for the tot, while Beyond Today, another company, promised to provide WIFI, a smartphone and books. What started off as a friendly domestic dispute between father and son about improving options on the breakfast table has surely brought some pleasantly surprising results.

It appears the Karendos may not have to worry about much more than just bread, at least, for the foreseeable future.