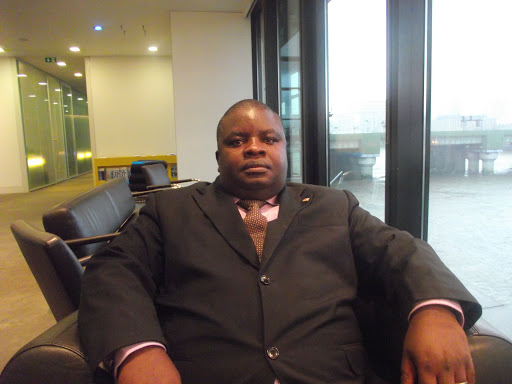 The outcome of Court the SC and High Court judgements have clearly leveraged the MDC-T led by Dr Thokozani Khupe and put the MDC Alliance into an invidious position.

The MDC Alliance has lost the lawfare related to the political conflict almost serially. We can say our courts are captured but what we witnessed with respect to the High Court case argued by Prof Madhuku and Adv Biti were technical legal arguments based on the law and fact.

By refusing to accept court decisions MDC Alliance is playing into the hands of the State and the Judiciary. Our response is been very predictable: – boycott Parliament without boycotting captured courts. This is a big contradiction. We are blowing hot and cold.

All along we have fought to occupy our democratic space and we defined Parliament and Courts as theatres of struggle.

The decision to boycott or rather “disengage” Parliament was sort of a demonstration in solidarity with our 4 recalled MPs and the message has been sent.

(1) We approached the High Court challenging the recall of the 4 MDC Alliance MPs.
(2) We sought an interdict stopping further recalls of our MDC Alliance MPs.
(3) We did an urgent HC application to stop the disbursement of the $7.5 million gvt grant.
The lawfare should be commended.

In relation to the gvt grant case the State has appealed against the provisional order. It seems to me the die is already cast. Court verdicts against MDC A are now like delayed matches and by now we should know better.

In view of all the Court shenanigans, I recommend that the MDC Alliance MPs go back to Parliament and be fired one by one. The public response will be different than if MPs boycott Parliament at the behest of a directive from the party.

I AM sure the reaction of the international community and the voters to recall, as opposed to a self-censored and unilateral withdrawal of MDC Alliance MPs and Cllrs, will also be different.

I appeal for Solomonic wisdom so that we don’t say let us divide and cut the child(MPs) into two halves. Disengaging Parliament and Local Authorities is not fit as an effective political strategy. In any case, the consultative meetings held so far have yielded mixed results.

Some have endorsed the disengagement while some Constituencies (and their many) have ordered their MPs to go back to Parliament and face the consequences (looking the beast in the eye). We must avoid a replay of the 2005 Senate debate which divided the party only to participate in Senate elections the morning after.

The following scenarios are possible and are worth considering

Scenario number one – Continue with disengagement and MPs lose their seats on account of the 21 days rule hoping to return them back to Parliament through uncertain bye-elections (if ever they are going to be held). But this scenario can only work if the MDC-A has decided on a permanent boycott of all future elections in Zimbabwe. We cannot boycott Parliament today and return tomorrow. This will be an unintelligent move.

(2) Scenario number 2, boycott lawfare on the basis that courts are captured. In my view this will be a fatal mistake. Unless we are ready to morph MDC Alliance into a guerilla movement which operates outside legality.

(3) Scenario number 3, accept the Supreme Court Judgement, use our perceived majority National Council Members to organize a credible Congress in which Adv Chamisa participates and let the people decide.

(4) Scenario number 4 – form a new political party with a different name or regularize the MDC Alliance into a legal persona.

(5) Scenario number 5 is to negotiate with MDC-T and enter into a Unity Pact in order to unite the MDC factions. After all the late Dr Morgan Richard Tsvangirai called for a big tent and invited Prof Welshman Ncube, Adv Tendai Biti and other 5 other smaller parties.

Talks will facilitate the compliance with the Supreme Court Judgement and prepare for a smooth Congress of the united MDCs. In any case it is certain that come 2023,the warring MDC factions will need each other in order to fight in one corner.

Since the handing down of the SC judgement, the MDC Alliance has been reacting to events. This is maybe because we have been shocked by these unfolding events and taken by surprise. We have not been offensive. However, I want to thank SG Hwende and Timba and all our legal minds that have worked so hard to ward off the seige.

My views were better articulated by lawyers. But this is all water under the bridge. To date I still do not agree with the SC judgement but I think going forward, we have to abide by the judgements of the Courts in order to protect our democratic credentials as a party which respects the Rule of Law without exception.

We cannot choose to selectively accept Court verdicts as and when it pleases us. The only alternative to fight court decisions is a political strategy which turns Court Verdicts into our advantage.

Let us maintain the mass line but respecting Court Judgements and the rule of law, even though Zanu PF itself is acting above the law we must show the difference and paint the ideal Zimbabwe we want. Even though Judges may be captured, we must resist the temptation of not complying with the court judgements outside the appeal mechanisms provided for in the Statutes.

As a party full of learned lawyers I think we must accept decisions handed down to cases we have argued and lost as well. Taking decisions on these matters is not as easy as a stroll in the park.

It requires maturity and tolerance of divergent opinions and desist from labelling those who hold views that are different from ours as “sell-outs” or “rebels”. When Advocate Biti and Professor Welshman Ncube left Tsvangirai in 2005 and 2014, respectively, they were mocked as Zanu PF, rebels and sell-outs but today the 2 intelligent lawyers are now Vice Presidents of the MDC Alliance.

In 1917, the Bolsheviks introduced a New Economic Policy (NEP) which was a revisionist strategy in view of mounting political challenges. Lenin warned the Bolsheviks that the NEP was a step backwards in order to cover two steps forward.

A good General should know when to advance and when to retreat. The Supreme Court is a lost battle lost by the MDC Alliance. But what is important is to win the war. The war is to fight for the people and improve their opportunities and livelihoods in a democratic, prosperous and peaceful Zimbabwe.

A Local Man Falls Into A Victoria Falls Gorge