Self-proclaimed Time traveller BaTea speaks on Madam Boss’ death prophecy. Ba Tea, the man who predicted Ginimbi’s death has finally spoken about Madam Boss death prophecy that was told by two different self-proclaimed prophets. One in South Africa and one here in Zimbabwe. But BaTea has another version of the story and he has revealed what’s going to happen in the next 11 days.

Here is what he wrote on his Page: 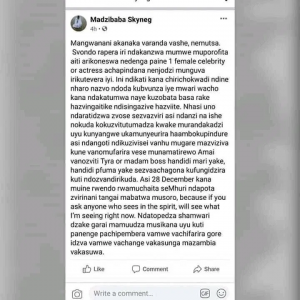