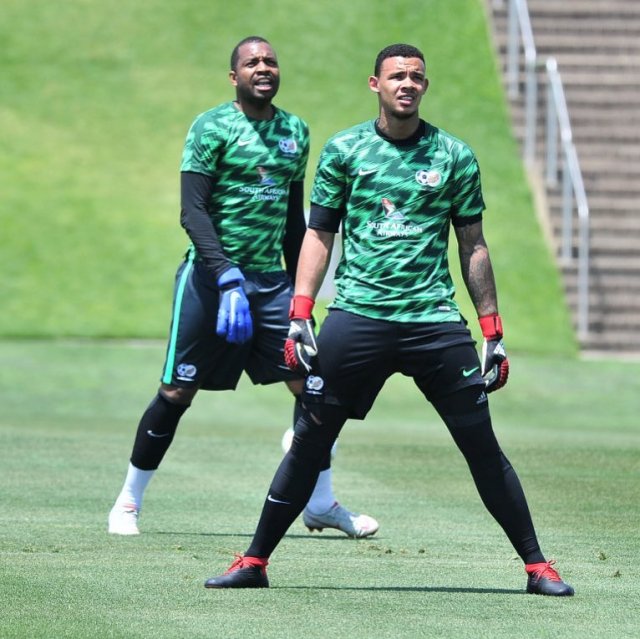 Sometimes careers are thrilling, mostly during the time when history would be in the making, such events are good documented for future reference, nothing beats a collection of things to look at later a reminder of green days by the river.

Bafana Bafana and Supersport United goalkeeper Ronwen Williams, has been caught flat-footed after thieves broke into his closet and stole all a collection of materials that would remind him of his football career in the years to come.

The worst part for him is that these were stolen by some of the people he had entrusted his premises to. In his report to the police, Ronwen said the people who stole from him had been contracted by him to fix his home in Midrand, north of Johannesburg.

In his affidavit, the football star said he had hired 10 men to do some work at his house, some of the work include painting, fixing the garage door and fixing balcony tile, but instead, the men helped themselves stealing his valuable goods.

Part of his legal document reads: “On Monday, 16 April at about 9am, 10 males (African) came to my house at the above-mentioned address, to paint the whole house, fix the garage door, and to fix the balcony tiles. They worked the whole day every day of the week until Friday at around 4 pm.”

He got the surprise of his life when he noticed that a collection of his valuables were missing.

“On Tuesday 21 April, I was looking for my kit in the guest room at about 6 pm. I noticed a lot of my clothes were missing, including around 30 football jerseys, tracksuit, and other plain T-Shirts,” read part of the affidavit.

“On Wednesday 22 March in the morning I found two tablets, 3x Samsung and 1x iPhone broken and three more bags which I suspect were used to put the stuff in,” continued the document.

Meanwhile, Ronwen is accusing those he had hired to do the jobbing at his house of the crime. , saying they were the only outsiders to have been at his house.

The guys had worked for him since November 2019 and according to him even the chief contractor, he hired, shared the same belief, agreeing that the men should be searched because they were the only outsider to enter the player’s house.

“The total value of the stolen phones is about R5 000. The football jerseys and the tracksuit I can’t put the price on, as they are from the team. The value of the two bags R700 and the other bag was from the team,” read the statement, adding that he did not give anyone the right to take his things.

The police has since arrested one of the suspects, Peter Mabhena.

Meanwhile, according to court papers, a man from Zimbabwe was seen selling some of Ronwen’s things in Olievenhoutbosch, outside Centurion.

The man appeared in the Midrand Magistrates Court on 30 April, however, he denied the charges.

Meanwhile, Peter was remanded in custody, because the court viewed him as a flight risk and would leave the country if granted bail. He reappeared in court on Thursday for a formal application.

While Ronwen was not available for comment, however police spokesperson Kay Makhubele, confirmed that one suspect was arrested in connection with the charges

End Of The Road For Fundiswa Zwane: fired from Imbewu The Seed